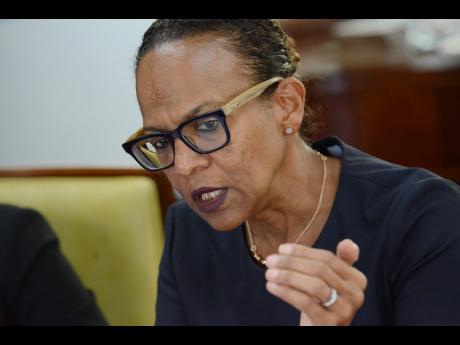 The failure of local workers to be the best they can be at their jobs as well as Jamaica itself not being able to properly monetise its creative industry, have been listed as two of the most significant factors that have forced the island into the lowest rank among Inter-American Development Bank (IDB) member states for the past 26 years, where economic growth is concerned.

"We've done studies in the Caribbean and in Jamaica, and firms in Jamaica are not particularly efficient. They are as inefficient as the Government. They are not innovating and they are not using research and development," Turner-Jones said.

"Innovation is a word you barely hear. People don't talk much about technology. You talk a lot about smartphones and computers, but no one is saying how technology is actually going to allow the country to leapfrog some of its challenges."

She stressed that workers in Jamaica do not operate at acceptable levels, and the Government is not doing all it can to optimise the opportunities within the creative industry for the island to grow its economy.

"We (IDB) would like to see Jamaican workers being the best they can be. That means coming out with the best results in school, using technology to the best so whatever is being produced in Jamaica is being produced at a high quality and with the best efficiency. We have embraced science, technology, engineering, and math. That is really where we ought to be focusing the education system because we know that the jobs of tomorrow are going to be in those sectors."

She added: "[That is] not to say that we are not going to need lawyers, doctors, and teachers, and other things, but we need more development of the creative side. The creative industry is, in our region, underdeveloped. We have very clever, creative people in this region with lots of intellectual property, but it is not monetised. That is another area, intellectual property, that we haven't figured out how if I write a song and a poem, it is my song and my poem and somebody else shouldn't use it. I should be getting credit for it. Those are the kinds of issues that seem so low on the agenda but are very high in other countries that are emerging," she said.

Turner-Jones said that the vision that the IDB has for Jamaica is to create a vibrant economy where people are safe, productive, and happy.