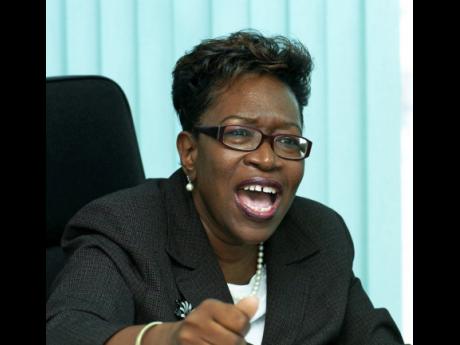 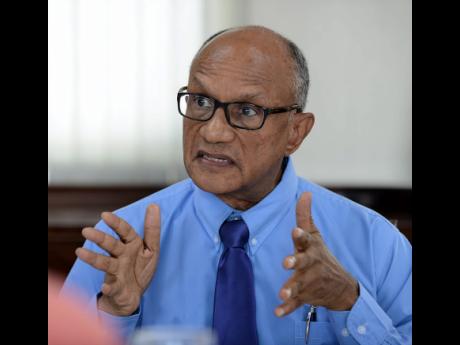 Anti-corruption campaigner Professor Trevor Munroe would, ideally, want a review of constitutional powers given to the director of public prosecutors (DPP) to intervene in cases, but the office holder, Paula Llewellyn, says that that appears to be a "run with it" attempt to simply get more corruption prosecution numbers.

"Prosecution is not patty shop business, and I love patty but in a different space. You cannot have a run-with-it mentality when you are dealing with people's reputation. You must respect due process of law. You cannot allow emotion to override commonsense," Llewellyn told The Gleaner.

Writing in yesterday's Sunday Gleaner, Munroe expressed concern that the powers of the DPP could hinder the work of the director of corruption prosecutions - a proposed position in the Integrity Bill that is now before Parliament.

Munroe spoke of the hindrance after referring to observations from the Office of the Contractor General (OCG) that corruption gets a free rein in Jamaica because it gets little attention from the judiciary, the police, or prosecutors.

The director of corruption prosecution will be subjected to a constitutional provision that gives the DPP the power to initiate, discontinue, or take over cases, but Munroe is not in favour of that.

"This Section 94 of Jamaica's Constitution needs review and amendment," he said.

Llewellyn, however, said that the National Integrity Action executive director appeared not to understand the role of the prosecutor and intent behind Section 94, which, she said, was to prevent abuse.

"The goodly professor misperceives the working of the law and what it is supposed to do. If he's using his impatience, then it would mean that he would wish to remove from a citizen, the ability to be able to take a decision made by anybody under this Integrity Act for review.

"He is somebody of great intellect," Llewellyn said, "but you can't make that sort of proposition without particularising. It would mean then that there would be no checks and balances in the system".

The DPP also took issue with Munroe's reference to the approximately 40 criminal referrals the OCG made to her office over the three-year period 2008-2010. She said that most of those cases were not "mainstream" corruption matters and largely dealt with breaches of the OCG Act.

In addition, Llewellyn said that 98 per cent of all corruption matters before the court are prosecuted by the clerks of court, who do not fall under her authority. The DPP and her Crown counsel operate primarily in the High Court.

"Prosecution of murder, corruption cases, and cases under many criminal statutes does not take place because of how the prosecutor feels about the accused or feels about the subject matter," she insisted, adding that decisions are based on cogent, reliable, and credible evidence.

The DPP said that she understood the concerns about the system but noted that judicial review is open to anyone who feels aggrieved about decisions of her office or other state entities.

Jamaica's track record of dealing with corruption cases has garnered international attention, with reports from the United States and the Organisation of American States over the years criticising local authorities.

In its 2017 International Narcotics Control Strategy report, released in March, the US said that inefficient practices by investigators, prosecutors, defence attorneys, and the judiciary, combined with a culture of corruption and unaccountability, frustrates Jamaica's overburdened court system.