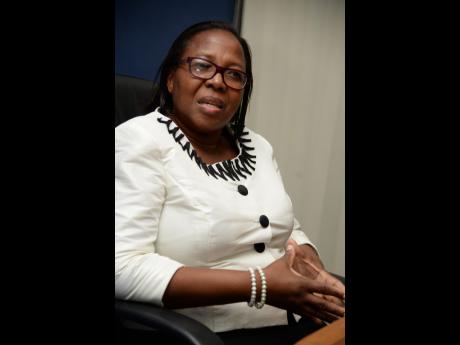 The Department of Correctional Services has expressed shock and regret at reports that one of its members is now in police custody, allegedly for stabbing and shooting his wife on Saturday.

"I am aware of it, and it is unfortunate, and we express our regret at the circumstances. It has come as a shock to all of us," Ina Hunter, commissioner of corrections, told The Gleaner yesterday.

"I extend our heartfelt sympathies to the friends and relatives of his wife."

In fact, colleagues of Balfor Bennett, who was assigned to the Horizon Adult Correctional Centre (HARC) on Spanish Town Road, Kingston, described him as a "very good officer" who had never exhibited any signs of violence.

"Very unfortunate, very unfortunate. Ketch we by surprise," one stunned colleague said in response to the news that Barnett had been arrested for allegedly stabbing and shooting his wife, Lisa, a 35-year-old nurse, at their St Catherine home on the weekend.

Reports are that the couple was at their matrimonial home at 655 Nautilus Drive in New Harbour Phase One about 4 p.m. when an explosion was heard and Mrs Barnett ran outside, bleeding from the abdomen. She collapsed and was taken to the Spanish Town Hospital by a neighour.

Barnett, who reportedly fled the scene, was subsequently apprehended by the police.

The Gleaner has learnt that the couple had been struggling through domestic issues for some time, but the commissioner of corrections was unable to speak to that matter. She, however, explained that the department had systems in place to provide the necessary support in such cases.

"We are mindful of the stressors at home, work, and elsewhere, but you can only give support if support is requested or if there is indication that something is wrong. But in the general scheme of things, you would have your sessions where you would talk about personal relationships and dealing with problems."

The Gleaner has learnt that on Friday, Barnett spoke in confidence with a colleague about his troubling home situation and assured his fellow officer that everything was fine following their ventilation of the issues just before leaving for home.