Kill the glamour of crime - IDB 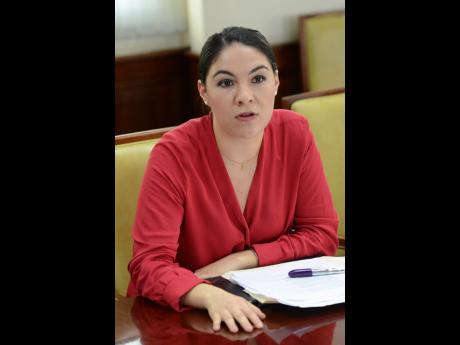 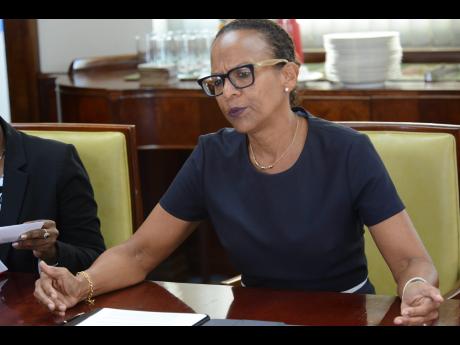 A comprehensive crime plan has been recommended to the Jamaican Government by the Inter-American Development Bank (IDB), which should ensure that greater emphasis is placed on eradicating the glamour from illegal activities.

While not outlining the plans extensively, modernisation and state specialist at IDB Jamaica, Camila Mejia, highlighted during a Gleaner Editors' Forum last week at the media house's Kingston office that the proposed plans for crime will include measures that will force criminals to think twice before making wrong moves.

Important also is a new programme the IDB is currently designing alongside the Government, which seeks to create a properly digitalised criminal records database, which Mejia is hopeful will be approved by the end of this year.

"When you investigate better, you are taking out the incentive right away, because you have higher chances that you are going to get caught if you commit murder or [get] involve[d] in criminal activities. The IDB is designing a new programme with the Ministry of National Security that will definitely have an impact," she said.

"We are helping the Government to digitalise data from criminal records, to implement a case management system that there can be better control of [criminal] data. This is a five-year project we are hoping the board will approve by the end of this year. The IDB is also looking now at working in prisons, and using the data."

IDB hosted a workshop recently which focused on how Jamaica could use data on national security and violent crimes more effectively to decide better data-driven policies that have been tried, tested and proven in other countries.

The relationship between Jamaica and the Inter-American Development Bank (IDB) spans roughly 47 years. However, both have collaborated on national security for 17 years.

Asked if the IDB has failed in helping Jamaica tackle its crime woes, IDB general manager in charge of six Caribbean countries (including Jamaica), Therese Turner-Jones, told The Gleaner that the Development Bank is not disappointed with its progress locally, simply because fixing crime is not a mission to accomplish overnight.

"How do people get into crime in the first place? The ecosystem for breeding criminals is not something you can just uproot in two to five years, especially when combined with socio-economic conditions, in a country that has not seen a lot of economic opportunities come up over several decades. If jobs are hard to find because the economy is contracting, then there aren't many opportunities for people who don't have high skills or who don't have any skills," She shared with a Gleaner Editors' Forum last week.

"You see this all over the world, where men, especially, will find themselves in criminal activity. A lot of the crime in Jamaica is organised crime, whether it is the drug culture or whether it is cocaine coming from Latin America, travelling to the United States. I think crime pays, if you can get away with murder, literally. The system is not working fairly, the way it should, without corruption. People will continue criminal activities because it is profitable."

Turner-Jones stressed, "I think the homicide rate of 58 per 100,000 is extremely high. It's not comfortable. It's a constraint, because maybe you wanted to go out tonight but you are not going to go because you are afraid. All of that are intangibles that are difficult to measure but they all constrain economic activity and potential."