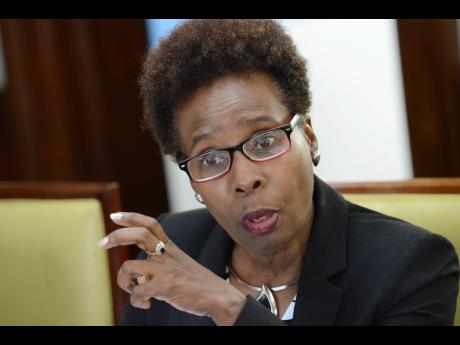 A plan to graduate persons from the social safety net Programme for Advancement Through Health and Education (PATH) is among the measures now before the Cabinet as part of the review of the system.

A review of PATH, the Government's main social programme which entails conditional cash transfers, was promised during the 2016-2017 fiscal year, and representatives of the Inter-American Development Bank (IDB) last week told a Gleaner Editors' Forum that proposals to graduate beneficiaries are far advanced.

"We have been working with the Government on the whole graduation strategy, which is now before the Cabinet, and that strategy is going to be comprehensive in the sense that we are not going to throw people off the PATH," Donna Harris, senior social-protection specialist at the IDB, told Gleaner editors and reporters.

"We are looking at households and there is a programme to be implemented, supported mainly by the World Bank and the IDB, which we call the 'Steps to Work', looking at vulnerabilities in PATH households and how they can be graduated by finding [opportunities] for them."

She noted that efforts are also being made to strengthen client services by social workers to ensure that persons on PATH can be guided to the various agencies that are available to help them.

The International Monetary Fund (IMF) has argued that it is imperative that the Government strengthen and widen coverage under PATH, as it moves from direct to indirect taxes.

The IMF has noted that the Government is examining the scope for increasing the level of PATH benefits in the short run, and putting in place a medium-term plan for improving coverage and lower self-exclusion.

"While the programme targets the population groups where its impact is greatest (pregnant and lactating women, children, disabled adults, and the elderly), both the coverage and the level of PATH benefits should be increased," said the IMF late last year.

But there have been repeated concerns that the failure to do the scheduled periodic review has meant that many persons who should no longer be receiving PATH benefits continue to do so, while many persons most in need are left off.