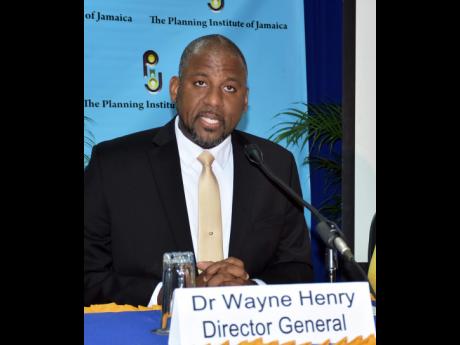 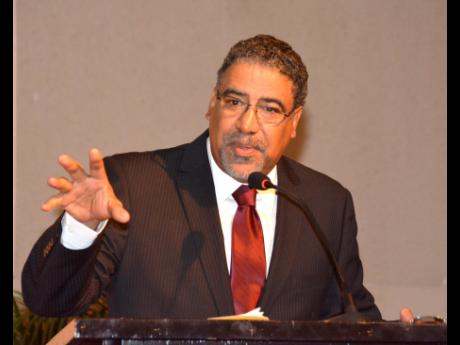 Jamaicans in poor households who do not get assistance under the Programme of Advancement Through Health and Education (PATH) "will be worse off" because of the Government's tax measures imposed to fund the increase in the income tax threshold.

That's according to Who Benefits? Who Pays? - an assessment of the impact of the tax reform measures on consumption expenditure done by the Planning Institute of Jamaica (PIOJ). Director General Dr Wayne Henry presented the findings of the PIOJ yesterday to Parliament's Public Administration and Appropriations Committee (PAAC).

The agency did not reveal how many persons would be worse off.

The assessment used households as its units of analysis. It divided the society into 10 groups called 'deciles', based on the per capita consumption. Decile 10 is the highest and wealthiest 10 per cent in Jamaica, while decile one is the lowest and poorest.

The report noted that overall findings "suggest" that the typical household in each group benefited from the increase in the threshold from $592,800 to $1.5 million. It said that households with members that are formally employed and whose income is above the previous threshold will benefit the most from the shift to indirect from direct taxation to fund the election promise.

With the exception of the two lowest groups, the assessment said that households with members that will not benefit from the income tax giveback will see a decline in their purchasing power, even when the 30 per cent increase in PATH cash-transfer payments is considered.

The wealthiest two deciles will benefit the most from the increased tax threshold because more persons in the household (two and more) are formally employed and their income is above the previous income tax threshold of $592,800.

When only the impact of the tax measures is used, the PIOJ said that the lower consumption-level households "will not benefit, or benefit marginally". It added that the tax measures alone are expected to lead to a decline in purchasing power for the lowest five consumption levels (deciles one to five).

The Government projected the impact and increased the PATH cash transfers, which the PIOJ's assessment said will make those households that benefit "better off". However, it said in bold print, "non-PATH households in the bottom five deciles will be worse off."

Chairman of Parliament's Public Administration and Appropriations Committee (PAAC) Dr Wykeham McNeill along with other members present - Fitz Jackson, Phillip Paulwell, and Mikael Phillips - rejected the assessment from the Planning Institute of Jamaica (PIOJ) that the net effect of the Government's tax measures and the Programme of Advancement Through Health and Education (PATH) increases on the poorest 10 per cent of Jamaica was positive (1.2 per cent).

The information formed part of PIOJ's Who Benefits? Who Pays? - an assessment of the impact of the tax reform measures on consumption expenditure.

McNeill questioned how that could be when the PATH increases will not take effect until June.

all deciles was negative, however, when you factor in PATH, they became positive? I don't see how you could do those studies and they (increases) have not come in yet," he queried.

Director General Dr Wayne Henry explained that the PIOJ used data on what beneficiaries are now getting, what they will get, and the current tax levels. "That's part of the planning process. The expected impact - that is what is being looked at," he told the committee yesterday.

The PAAC chairman was not satisfied.

"The PATH beneficiaries still have not got their increase. So the whole impact on all the increases has been piled on them. So if you follow that, every single decile, possibly except for one, is worse off," McNeill countered.

"So, we have two problems. Policy measures have not been buttressed by the relevant studies and programmes in a timely manner. But secondly, what you're basically saying from our perspective is very hard to see."

Over the next two months, the PIOJ is to study the impact of the indirect taxation on Jamaicans.