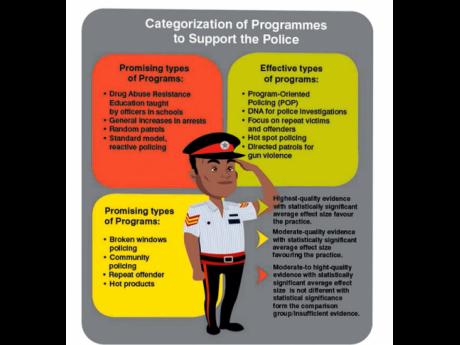 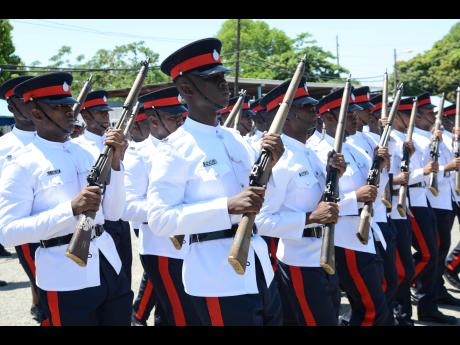 Jamaica and other Caribbean states must quickly change their crime-fighting strategies if the runaway problem they now face is to be tamed, according to the Inter-American Development Bank (IDB) in a study released last week.

The study, dubbed 'Restoring Paradise in the Caribbean: Combating Violence with Numbers', concludes that regional states must redirect their anti-crime efforts in favour of more interventions that are evidence-based and targeted at high-risk individuals and geographic areas, with improved monitoring of police and justice systems.

According to the IDB, compared to the rest of the world, the Caribbean has some of the largest police-to-population ratios.

Be proactive and accountable

It also found that the largest portion of national budgets that are dedicated to crime and violence in the region is spent on law enforcement.

"In fact, Caribbean governments spend even more of their budgets on police than Central American countries with similar or higher crime rates," said the IDB study.

"Investment in law enforcement is essential, but Caribbean governments should focus on reorienting and retooling police forces to be less reactive and more proactive and accountable," it added.

The study, based on the results of new crime victimisation surveys carried out in The Bahamas, Barbados, Jamaica, Suriname, and Trinidad and Tobago, noted that citizens' trust in the police was more influenced by whether they thought the police were doing a good job controlling crime than by other factors.

According to the study, crime is not spread evenly across all places, people, or times, and police efforts should be directed to where crime is concentrated.

It said the evidence shows that standard-model policing, including random patrols, increasing the number of officers, and general reactive strategies have no effect on crime.

"Problem-oriented policing, on the other hand, entails proactively identifying problems within the community and developing thoughtful, tailored responses to address underlying causes of the problems and devise meaningful and effective solutions.

"Although more rigorous research needs to be conducted on problem-oriented policing, the international evidence so far shows that it is the most promising of the police strategies," said the IDB.

It recommended focused policing efforts on hotspots, a focus on repeat offenders with focused deterrence strategies, and directed patrols for gun violence as proactive ways of preventing future crime.

The IDB added that quality crime data, with GIS coordinates and effective crime analysis, are requirements for hotspot policing.

"Finally, for these focused initiatives to be successful, they must also be a part of a wider internal culture and structural shift that values professionalism, accountability, and transparency. The communities that law enforcement serves should be valued as co-producers of security.

"Caribbean countries need to examine ways of promoting this type of internal culture through training, internal and external oversight, leadership, and incentives," added the IDB.

Three thousand persons were interviewed in each of the five countries as part of the study.

Nearly one in three said they had lost someone to violence, and the study found that guns are used about twice as often in robbery and three times as often in assault in the Caribbean as compared with the global average.