More than 170 buyers and suppliers for Jamaica International trade expo 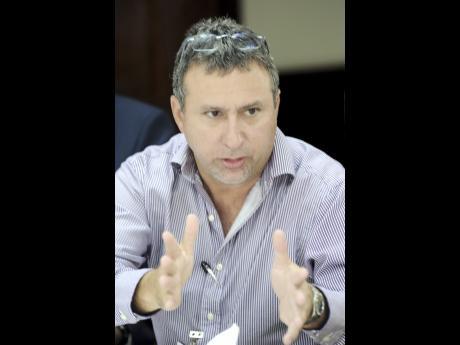 More than 170 buyers and suppliers will converge on the tourism capital for the inaugural Jamaica International Exhibition (JIE), set to take place at the Montego Bay Convention Centre from June 1-3.

The Jamaica Manufacturers' Association (JMA)-hosted event has gained interest from participants who will travel from the United States, Canada, Switzerland and the United Kingdom. Also in attendance will be Trinidad & Tobago, the Cayman Islands, The Bahamas, Dominica, the British Virgin Islands, Costa Rica, Guyana and Jamaica.

"We at the JMA know that this is a groundbreaking exercise, and this first-time event that we are having is going to prove to be the Caribbean's largest and best show of its kind," stated president of the JMA, Metry Seaga.

He is urging companies to get in, on the ground floor and be part of what is going to eventually be the best business-to-business event in the Caribbean.

"This one of a kind international trade show is being billed as an opportunity for local business people to do business within the setting of a global marketplace," he added.

The multi-sectoral exhibition, which has attracted exhibitors in the field of tourism, agriculture, manufacturing, the business process outsourcing industry, construction, and agriculture, will be officially opened next Thursday, June 1, by Prime Minister Andrew Holness.

The JMA president said his organisation has been working closely with JAMPRO and the Ministry of Industry, Commerce, Agriculture and Fisheries, to ensure a successful show.

The JMA, he stated, will be ensuring that this first-class expo will have the desired effect, putting the various sectors on the world stage and giving them a major shot in the arm.

Partnering with the JMA, e-commerce players Quikanou.com have announced they will be introducing a global platform for all exhibitors.

"Our solution has opened global online access to Caribbean products and we are taking businesses into the digital economy on Quikanou.com," explained Jomo Cato, co-founder.

Quikanou, he said, will deliver local and export growth for Jamaica and the Caribbean by providing a powerful e-commerce platform for goods and services.