OCG seizes computers as dairy board probe gets under way 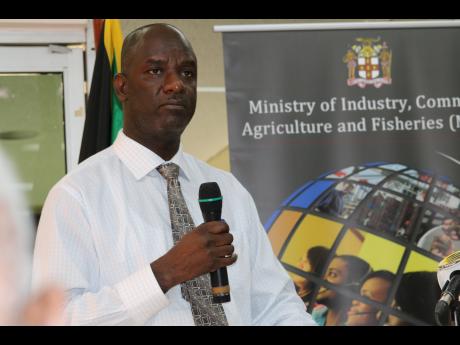 Donald Elvey, chairman of the Jamaica Dairy Development Board (JDDB), yesterday disclosed that the Office of the Contractor General (OCG) had begun an official investigation into the Mombasa grass scandal. He confirmed that during a visit to the agency's office last week Friday, investigators seized computers.

"I was called last week Monday. The acting CEO called (was called) and, I guess, they are going back their tomorrow (today). That will be based on what they found there. I think it was computers that they took out of the office. It's an official investigation ... . It is taking on a life of its own now," Elvey told The Gleaner.

The JDDB board chairman admitted that there was no supporting evidence on record for the Mombasa grass project under which Dr Dayton Campbell, member of parliament for North West St Ann, has accused agriculture minister Karl Samuda of abusing his position to benefit from the planting of 12 acres of the high-quality grass on his St Catherine farm. Samuda subsequently explained that he qualified to benefit as a result of his status as dairy farmer. He also denied having anything to do with the dismissal of Hugh Graham as chief executive officer of the JDDB on the grounds that the agronomist blocked his efforts to grant an import permit for milk powder from Colombia to the Wisynco Group of Companies.

Elvey, who advised Graham by way of letter dated May 2017 that his services were being terminated with immediate effect, said the OCG probe would, in all likelihood, show that this action was justified.

"One of the things that they are really looking at is the whole management of the project. For example, there is no project document for the Mombasa grass project as such. I've been to the OCG and they asked me basically for the project documents, but there is none. There is no way we could continue with what obtained at the dairy board in terms of the accountability and the management and all of that and ... . There was no indication, really, that you would have had any compliance.

"We were asked to present documents (but) no project document was developed for it," Elvey said, adding that their audit report expressed concerns about the poor record-keeping.

Elvey declared his support for the OCG's intervention.