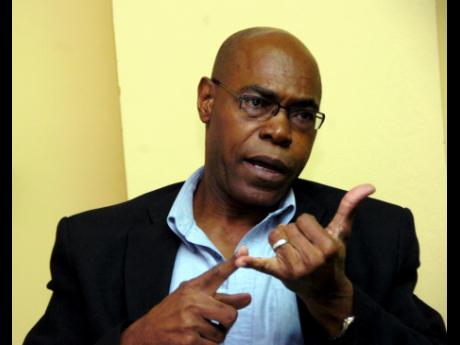 Chief Executive Officer of the National Works Agency (NWA) E.G. Hunter has said that a master drainage study costing nearly US$1 million, which was completed and presented to the Government little more than two years ago, is currently being implemented on Mandela Highway and Marcus Garvey Drive in Kingston.

The study, which was financed by the Government and the Inter-American Development Bank, identified a number of locations in Jamaica that are susceptible to flooding and recommended remedial action.

Hunter said that towns such as Santa Cruz in St Elizabeth, Port Maria in St Mary, and May Pen in Clarendon, among other areas, had been identified for improvement.

"When we do the South Coast Highway from Harbour View going out to Port Antonio, we will incorporate a major drainage element, especially in places like Manchioneal," he said.

In the wake of last week's flood rains, there has been extensive public debate on the capacity of the country's infrastructure, including drainage, to withstand the onslaught of heavy floodwaters.

Opposition Leader Dr Peter Phillips recently called for the establishment of a committee to oversee the design of a national drainage system to address the perennial problem of flooding islandwide.

The NWA boss said that "to the extent we are undertaking major works in any of the locations identified in the study, we would incorporate those recommendations".

He said that in areas identified in the master plan for special treatment, the Government had been seeking financing to implement them.

At the same time, Hunter told The Gleaner that approximately two years ago, the NWA, in collaboration with the Water Resources Authority and the National Environment and Planning Agency, developed new standards for drainage works within housing developments.

Hunter said that these standards were presented publicly at a function at The Jamaica Pegasus hotel chaired by then Transport and Works Minister Dr Omar Davies.

"New drainage standards necessarily will address the construction of drains going forward in the first instance, and to a lesser extent, a redo of the existing drain infrastructure."