Three floors at Cornwall Regional Hospital ready for use - Douglas 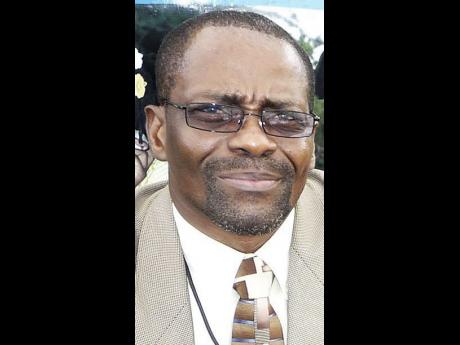 The fourth, fifth and sixth floors at the Cornwall Regional Hospital (CRH) in Montego Bay are now ready to be put back into full service as the rehabilitation work to get that section of the hospital, which houses the operating theatre and intensive-care unit (ICU), has now been completed.

In an interview with The Gleaner on Thursday, Dr Ken-Garfield Douglas, the regional director of the Western Regional Health Authority (WRHA), said that the work to clear away mould from the three affected floors has now been completed and their ventilation system has been put back together.

"All the work related to the mould remedy has been done, so we have completely cleaned the area of mould," said Douglas. "What was keeping us back was that the mould had infested the ventilation system, so we had to dismantle the ventilation system in the fourth and fifth floors and get that cleaned, so now, they are putting that system back together."

"We should be able to return to using the theatre and the ICU by next week Tuesday ..., so that is good news for us. We are at better capacity, as 80 per cent of all our services are continuing. We are much better than we were four months ago."

The WRHA director also gave an update on the projected plans for restorative work on the CRH's seventh to tenth floors, for which the patients occupying the upper floors have already been relocated to another section of the hospital compound.

"There is a systematic approach now to cleaning from the tenth floor coming down," said Dr Ken-Garfield Douglas, regional director of the Western Regional Health Authority. He was updating The Gleaner on work being done to restore the Cornwall Regional Hospital (CRH) in Montego Bay.

"We are not going in just to wipe the doors and the floor, but we are going in to ensure that every window that is broken, every tile that needs to be changed, and every bathroom that needs to be fixed will be addressed," he said.

"When we have completed the tenth floor, then we will go down to the ninth, then the eighth and then the seventh, so that we can start to reoccupy the building."

Operations at the 400-bed Type-A facility came to a grinding halt in January when noxious fumes from the ventilation system forced the medical staff to vacate the hospital's first three floors. Several persons reported being affected by burning of the eyes and skin discomfort as a result of the fumes.

Tests by the Ministry of Health and the Pan American Health Organization subsequently revealed that the offensive fumes were the result of fibreglass particles from the ventilation system becoming loose due to efforts to clean the system last year.

Currently, a team from the United Nations Office for Project Services is overseeing the rehabilitation work being carried out at the CRH.