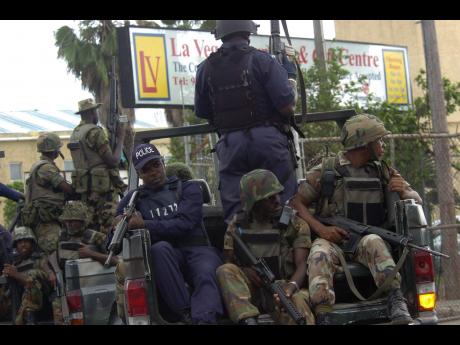 With a series of deadly shootings in and around Spanish Town, St Catherine, in 2013 being linked to a rift in the notorious Clansman Gang, law-enforcement officials set their sights on the reputed leader of the gang, Tesha Miller, who it was believed was facing a revolt by persons no longer willing to take orders from him

. But Miller was nowhere to be found and last week, in an exclusive interview, he told The Sunday Gleaner that he left Jamaica for the United States of America in April 2013.

Five months later, he was arrested there and charged with illegal re-entry, having previously been deported, and for having an identification card in another person’s name.

Miller was convicted of the offences and sentenced to two years and eight months in prison. He was subsequently deported in March 2016.

While Miller was in custody in the US, two of his brothers were shot and killed in 2015. That was less than four years after his 23-year-old sister Renase James was shot and killed while she was a passenger in a taxi in Spanish Town, St Catherine, in December 2011.

As news spread that Miller was to be deported in 2016, fear gripped Spanish Town as it was rumoured that he would be taking revenge for his brothers.

While Miller kept a low profile after he returned, the bloodletting increased in Spanish Town, with police claiming it was a battle for the control of the gang.

“After I came back from the United States, I heard of certain things and so to keep out of trouble or for fear of being framed, I left in June 2016 for The Bahamas and was deported last month,” said Miller, who was subsequently arrested and charged with travelling under a false name. He pleaded guilty and was fined $100.

Now Miller, who is a welder by profession, says he is looking forward to starting a welding business where he can teach other young men the trade and employ some of them. He also plans to continue in the music business in which he has dabbled before.

“Between welding and music, I will be able to earn a decent living to support myself and my family,” said Miller, who grew up in Spanish Town after being born in De la Vega City.

“My father and my mother are always encouraging me to make something useful of my life, and that is exactly what I am doing,” he said as he recounted what he described as a happy childhood with his mother and grandmother taking him to church with them regularly.

The early church experience has remained with him and Miller said he still reads his Bible daily. “The Psalms are my favourite in the Bible. I read them regularly and I can recite many of them, and I have learnt a lot from them,” said Miller.

New timeline for update of ‘laughable laws’
...12 years of conflict with the law but no conviction for any major crime
Family is my only clan, says Tesha Miller - Reputed gangster denies any involvement in notorious Clansman Gang
Laughable laws! - Chuck pushing for speedy review of legislation with ridiculously low fines
Tesha's deportation delayed