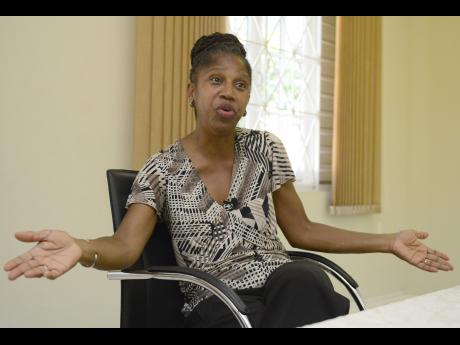 Concerns that Keith Duncan, the co-chairman of the Economic Programme Oversight Committee (EPOC) might be encroaching on the Government's responsibilities through his decision to take the work of the oversight body to the people through The Gleaner's 'On the Corner' initiative have been scoffed at by civil society advocate Carol Narcisse.

Working through the 'On the Corner' series, which was introduced by The Gleaner in the lead-up to the 2007 general election, Duncan has travelled to Maryland in eastern St Andrew and Swallow-field in southeast St Andrew to meet residents and give them details of Jamaica's economic programme under the International Monetary Fund Standby Agreement, and Narcisse has likened him to an emissary taking the "Ivory Tower" to communities.

"The economic programme is not going to be successful if we the people don't understand it, don't participate in it, don't think it is a good thing, don't see how it is going to benefit us, and if we don't have an equitable way in which to both participate and benefit from the results of it," argued Narcisse.

Acting on behalf of citizenry

The civil society advocate further argued that it is only through discussions with housewives, for example, that the technocrats can get a better understanding of what fiscal decisions to make as they try to propel the country on the right economic path.

She said that EPOC going 'On the Corner' is an example of participatory democracy and is an extension of its responsibility to provide oversight.