Youngster fights his way to success 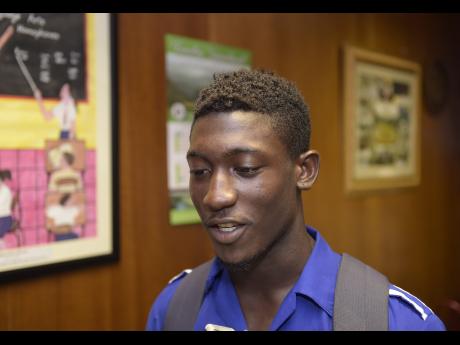 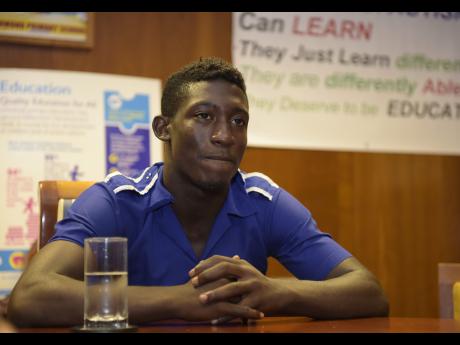 Ronaldo Brown is very grateful after receiving a second chance to excel in academics as he came close to being kicked out of Jamaica College (JC), following a series of very low grades.

The 19-year-old spoke openly with The Gleaner, recounting the apathy he had towards classes, admitting that he was led astray by peer pressure. This resulted in his grade average not surpassing 29 per cent. A football fanatic, this was also a major contributor to his low performance as he said that at the time, he believed that his talent was the only thing he needed to succeed in life.

"When I went to Jamaica College, I got distracted. Peers would distract me from going to class. I ended up giving a lot of trouble, and though everyone has a mind of their own, I guess I was one of those who got led away," he told The Gleaner after receiving a financial contribution from education minister and former principal Ruel Reid towards his studies abroad.

"It was painful to see that persons who played major roles in my life got to the point where dem tell me dat dem give up. Even my sister, she got pretty upset with me because she knows I can do it (schoolwork)," he said.

He eventually received a wake-up call.

"Last year summer, I went to a few training sessions and my coach hinted at suggestions that I won't be able to get back into the school. I got to a point where I was by myself a lot. I started to talk to myself and did a lot of thinking, basically wondering wah mi a go do wid miself if I don't get back to Jamaica College. I asked for a final chance and I got it, and I decided that I am going to finally prove myself, but the journey is not over yet," he said.

His average is now between 50 and 60 per cent. He's also currently sitting four Caribbean Secondary Education Certificate subjects, noting that he intends to do well. The subjects are mathematics, English, office administration, and electronic document preparation and management. He passed principles of business last year.

Jayson Downer, dorm manager at JC, in sharing his experience as a mentor to Brown, said that it was a hard sell to convince teachers and management to give him a chance but said that the young man has not disappointed.

"When I met with him, we had a good heart-to-heart talk. I stressed the importance of balance, sharing my own experience, having gone to an all-boys' school myself and seeing many athletes who, after the hype was over, had nothing to fall back on in terms of academics," Downer said.