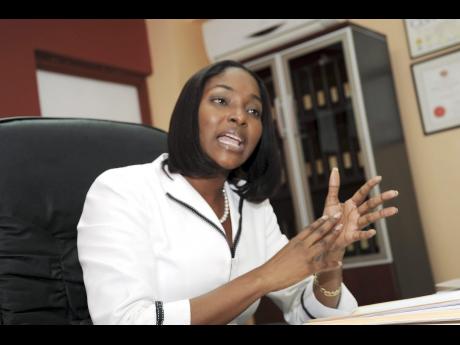 In blatant disregard for its own rules, the Ministry of Finance, over the period 2010-2016, approved salaries that were $26 million in excess of the maximum for 22 advisers and assistants engaged across three selected ministries, the auditor general has found.

In a report tabled in the Houses of Representatives yesterday, Pamela Monroe Ellis, said despite requests, the finance ministry "did not present evidence of the assessments undertaken to justify" the payments which ranged from 15 per cent to 136 per cent.

The Ministry of Finance and the Public Service, the Office of the Prime Minister and the Ministry of Education, Youth and Information were subjected to the performance audit, which covered the period April 2010 to August 2016.

The audit was done to determine whether value for money was obtained from the use of the consultants, advisers and assistants to ministers, and whether procurement of consultancy services was in keeping with government guidelines.

"The audit revealed weaknesses in governance practices and a lack of transparency in the conduct of some procurement opportunities. As a result, the Government may not at all times have attained value for money," Monroe Ellis said.

One of the weaknesses pointed out related to the breach of pay scale guidelines. The auditor general said of a sample of 68 advisers and assistants engaged by the three departments over the period, 22 got salaries in excess of set scale. Four of these advisers are currently employed, two at the Office of the Prime Minister and two at the Ministry of Finance.

Using the pay scale, the report said that the contracts would amount to approximately $51 million. However, $76.9 million was paid out.

The auditor general lectured the finance ministry on breaching its own guidelines. "As developers of the guidelines and vanguards of the public purse, it is incumbent on the Ministry of Finance to ensure transparency and provide assurance that value for money is received."

In response, the ministry said "from time to time" ministries engaged advisers who could not be retained on the set salary scale because of their experience and tasked to be undertaken. "In those instances, the compensation unit assess the terms of reference submitted, along with CVs of those individuals to determine the worth of the jobs," the ministry said.

Gratuity payments made; no performance evaluation

The Ministry of Education reportedly made gratuity payments to three of nine officers based on notations of satisfactory performance and not on actual performance evaluation. The Ministry of Finance made similar payments to all five advisers and assistants based only on notations by the accounting officer or respective portfolio minister indicating satisfactory performance, without indication whether deliverables were achieved.

The total gratuity payment made in the absence of formal performance evaluations was $8.9 million. Some $7.5 million of that amount was at the Ministry of Finance.

The report by the auditor general noted that the action by the finance ministry breached its own policy, which not only "demonstrates poor governance but undermines its ability" to hold agencies accountable.

On the issue of terms of reference and job descriptions, the report said the education ministry could not present such documents for five of 12 advisers contracted during the period, despite requests.

"Given that the Ministry of Finance requires these documents to determine emoluments, the basis for engagement of these officers was unclear, and further, without the terms of reference, the Ministry of Education, Youth and Information could not have established accountability or determined that value for money was received," it said.