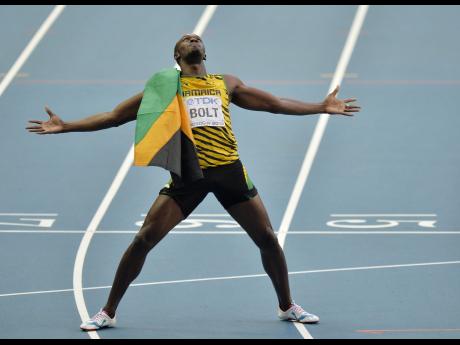 Jamaican sprinter Usain Bolt moved up eight places and is now ranked as the seventh most popular athlete in the world, according to latest ESPN's World Fame 100 List.

He will hang up his spikes later this year at the World Championships in London, England. Bolt brought in an estimated US$30 million in endorsement funds in 2016.

Bolt was ranked the 15th most popular athlete in the world in last year's ESPN World Fame 100 list.

The ESPN World Fame 100 is a statistical analysis of the most famous athletes in the world. Things taken into account include the annual Forbes list of the highest-paid athletes, with weight also going to endorsement deals, social media following and Google search popularity.