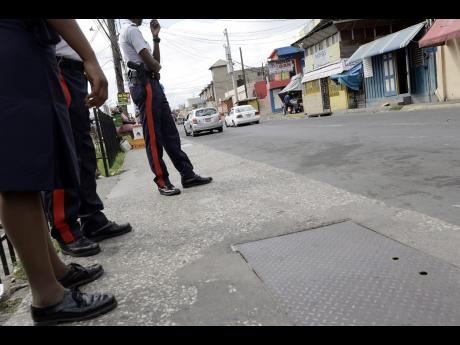 Up to late yesterday, police detectives in Spanish Town, St Catherine, were still trying to determine a motive for the fatal shooting of two teenagers in the crime-plagued community yesterday morning.

The victims were identified as 18-year-old Cambre Reid and his girlfriend, 17-year-old Shanoy Henry, who residents say was in an advanced stage of pregnancy.

According to reports reaching our news team, about 2:30 yesterday morning the two were at home when gunmen kicked in the door to their house on Brunswick Avenue and opened fire, hitting them several times.

The men reportedly made their escape on foot. This was the second multiple murder in Spanish Town last week.

Last Tuesday, Yvette Bailey and her sons, Mario Burkett, 24, and 14-year-old Jason Linton were fatally shot in their house on Jones Avenue.

With five killed in four days, head of Major Crimes in St Catherine North, Senior Superintendent Cleon Marsh, told our news team that the police will be redoubling their efforts to catch the criminals.

Marsh urged residents of Spanish Town to share any information they have with the police.