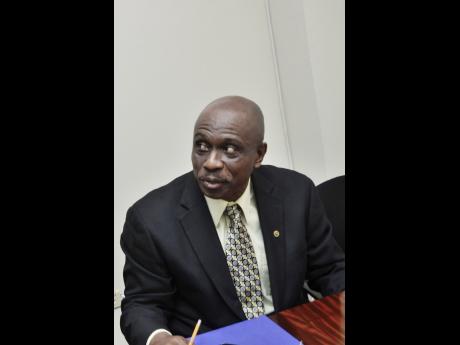 The Government will have to shell out more than $2 billion to produce new voter identification cards for the nearly two million people now on Jamaica's voters' list.

"The Electoral Office of Jamaica (EOJ) is making preparation to conduct a fresh enumeration exercise in relation to residents' verification, and, therefore, the information will be collected in order to produce the new identification card," said Fisher.

$2 billion, a part of which was approved in this current budget," added Fisher, as he pointed to the $700 million approved in the Estimates of Expenditure for this fiscal year.

The EOJ boss said he could not provide any additional information, as he did not

wish to pre-empt an expected announcement by way of press conference or detailed statement from the Electoral Commission of Jamaica, which will inform the country and provide details.

"The Electoral Commission of Jamaica will obviously make a comprehensive statement and possibly (host) a press conference. But what has been said is that there are a number of persons who no longer live where they were registered, and you have another number who would have migrated, but who are still on the list.

"The reverification will seek to put people where they now reside, remove those who are no longer eligible, and we will use the opportunity to add those who become eligible, if they are so interested, to the list. So it's not solely a reverification exercise, but enumeration will also take place," said Fisher.

He added that the enumeration and reverification exercise will be concluded before the new identification cards are issued.

Individuals with fairly recent photographs may use the cards, but the commission will issue guidelines as to the age of the photographs.

However, individuals whose photographs were taken when the cards were first issued must take new pictures.

The cards, which contain biometric data specific to individuals, including their fingerprints, have become the most widely accepted form of individual identification outside of passports.

The identification platform used by the EOJ has been widely accepted across the world, and several countries have voter identification systems similar to Jamaica's.

Jamaican electoral officials have been invited for years to be observers to national elections in several countries, including almost all Caribbean islands.

Fisher said the EOJ was forced to put advertisements in newspapers last week as scores of individuals descended on its offices seeking to renew "their expired" voter identification cards.

The current voter registration card lists its expiration date as 2017. The EOJ boss said the new identification cards will give a specific date, along with the year of expiration.

- An additional 19,849 persons are now eligible to vote following the publication of the May 31, 2017 voters' list by the Electoral Commission of Jamaica.

- A total of 1,926 individuals who are no longer eligible to vote (including deceased electors) were removed from the voters' list.