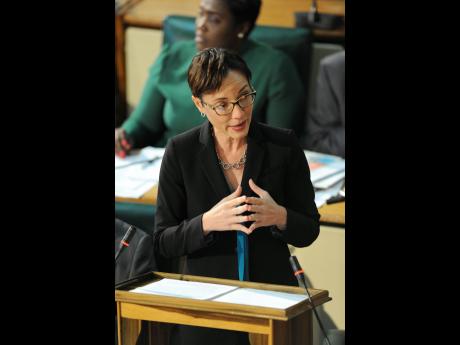 Late last year, the Andrew Holness administration was plunged into controversy over the telecoms licences it issued to Symbiote Investments Limited, the company whose true beneficiaries the Government admitted were unknown.

Last Friday, the Senate joined the House of Representatives in approving legislation for companies to disclose 'real owners', dragging Jamaica's company laws in line with global standards against money laundering and terrorism financing.

When signed into law, the Companies Amendment Act, 2017 will require companies to provide information in relation to beneficial owners which should be made available for the public records.

The legislation will prohibit the issuance of share warrants and require information on those currently holding them.

Kamina Johnson Smith, the leader of government business, stressed that it was crucial that the bill be passed Friday because further delays could be "detrimental".

The changes, Johnson Smith told the Senate, would ensure that Jamaica does not get "blacklisted".

The House is this week expected to consider the 26 Senate changes to the bill.