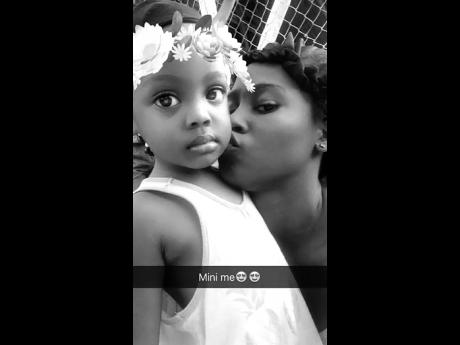 Forensic experts are to return today to continue investigations related to the disappearance of 24-year-old Nadian Dyer and her three-year-old daughter, Orlandie Malcolm, who were believed to be murdered and buried inside a bedroom in West End in Negril, Westmoreland.

The mother and daughter were last seen approximately two months ago in the Pee Wee Lane community where they resided with a man by the name of Ayele Russell, who is believed to have fled the country shortly after the two went missing.

Reports are that Dyer and her daughter were buried in Russell's bedroom, where he constructed a grave and covered them with concrete.

Russell reportedly later told a friend what he had done, and it was that person who tipped off Dyer's relatives, giving them the location of the bodies.

"Her family received a call yesterday (Monday), informing them that a relative had been killed and buried in a home in Pee Wee Lane," said sources close to the family, adding that Dyer's relatives drove to Negril from Kingston yesterday morning and reported what they had learnt to the police.

On arrival at the house, the police kicked in the door. It was during the search that they stumbled upon a grave in a back room.

"He used one side of the room and did four layers of blocks, just like a coffin, sealing the wall," said residents of the community, who also revealed that they saw Russell in March taking building material to his home.

"When questioned, he said he was constructing a fish tank."

They have not seen him since.

It is believed that Russell, who has a very popular and active Facebook profile, is now living in the United States of America.