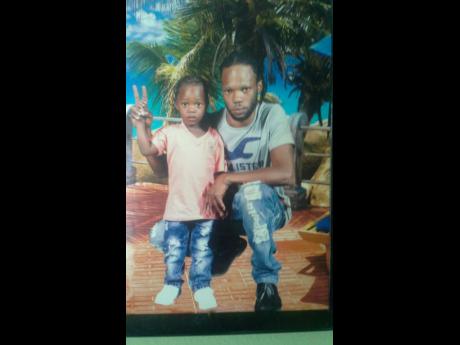 The murderous rampage by gunmen in St James claimed five new victims this week - a triple and single murder in Barrett Town and a single murder in Granville - in an eight-hour span between late Tuesday night and early Wednesday morning.

The latest murders bring the parish's body count for 2017 to 110. St James had a record 268 murders last year.

Those killed in the triple murder, which occurred shortly after 1 a.m in Barrett Town, have been identified as 59-year-old scullion, Doreen Brown; her 24-year-old son, Wade Weekley; and family friend Clayton Daley.

The fourth of the Barrett Town murders claimed the life of 35-year-old bartender Nardia Cunningham, who was slain at her home at approximately 3 a.m.

The fifth victim was identified as Alrick Bailey, of a Granville address, who was killed in the Gordon Crescent section of the community shortly after 1 a.m.

In the case of the triple murder, reports are that the occupants of the house were inside talking when gunmen kicked off the door to the kitchen and opened fire.

Weekley and Daley were killed on the spot, but Brown made a daring escape from the house. However, she was chased, cornered, and killed. A 15-year-old boy was injured in the initial attack.

When The Gleaner visited the community yesterday, residents were shocked by the horror that had ruptured the peace.

"She did not deserve this. She nuh do nobody nutn fi dem kill her like this," said Brown's grieving sister, who asked not to be named. "She is a nice person. She nuh give trouble. She go work yesterday (Tuesday) and come home and woulda gone back a work today."

Some residents of the community are convinced that the triple murder is connected to the deaths of the six members of the Ski Mask gang, who were killed in a shoot-out with the security forces in January on the Trelawny-St James border. One of the gangsters killed in that incident was Brown's grandson. The gang members were based in the community.

In the fourth Barrett Town killing, gunfire was heard coming from Cunningham's house. She was later found dead.

In the incident in Granville, Bailey, who had reportedly been absent from the community for several months but who had recently returned to visit relatives in the Gordon Crescent area, was reportedly attacked and killed by unknown assailants.