Cabinet writes off $106b in FINSAC debts 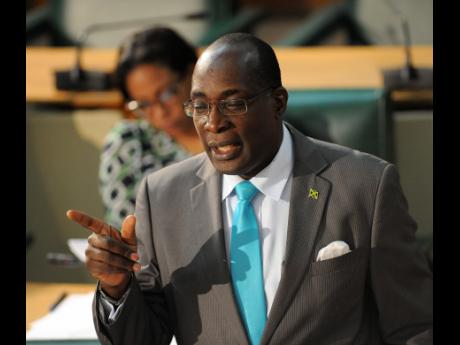 Approximately 20 years after the Jamaican Government set up the Financial Sector Adjustment Company Limited (FINSAC) to protect investments of policyholders, depositors, and pensioners in the wake of the financial sector meltdown, the Cabinet has approved debt write-off owed to the institution amounting to $106.2 billion.

He said that both FINSAC and the Financial Institution Services (FIS) were in the process of completing the divestment of remaining assets, managing issues of litigation and accounting with a view to winding up both entities in the next 12 to 18 months.

FINSAC was established in 1997 to intervene in the financial sector, owing to the widespread liquidity and insolvency problems that engulfed the sector at the time.

Following the intervention, many persons who had obligations to financial institutions ended up losing their businesses and homes, and some were left destitute.

Many analysts have blamed the high-interest rate policy of the then People's National Party administration of the 1990s, which led to the financial sector meltdown.

At the same time, others accused some local financial sector leaders at the time for taking irrational decisions, noting that the foreign-owned banks, which enjoyed greater supervision, did not suffer the same fate.

Over the years, FINSAC has sought to dispose of its interests in intervened entities to local and international purchasers.

"In order to facilitate the winding up process, various debts due from intervened entities will have to be written off. This will aid in facilitating an application to the Companies Office of Jamaica to remove FINSAC and FIS from the Register of Companies and to liquidate them," Reid explained.

The information minister also pointed out that the commission of enquiry into FINSAC would be submitting its report to the Ministry of Finance later this year.