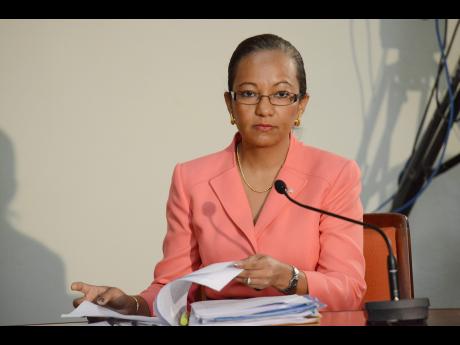 Members of Parliament's Public Administration and Appropriations Committee yesterday outlined a litany of constituency needs before representatives of the Ministry of Labour and Social Security (MLSS), who were guests of the committee.

They enquired about the requirement to become a beneficiary of the Programme of Advancement Through Health and Education (PATH), while graduating long-term beneficiaries.

Phillips told of offering assistance to at least 10 tertiary-level students, three of whom fell by the wayside as they were unable to provide basic assistance.

Terrelonge told of providing breakfast for 650 primary-school children prior to the sitting of the Grade Six Achievement Test. He said that it was not right for a woman with six children, with two receiving benefits, to seek out the MP to get the remaining four on PATH.

In Stewart's case, it was about elderly poor and the disabled unable to access benefits, while Dalrymple's issue was the securing of a bus and keeping it operational to transport children to school for the last three years to accommodate poor students relocated outside of parish.

Holness asked that government officials provide MPs with data to prevent duplication of benefits. The absence, she said, could cause some needs not to be met, while others may be benefiting twice.

Permanent Secretary Colette Risden Reid said that as at 2017, there were approximately 354,000 registered beneficiaries on PATH, and cash grants were just one of many benefits provided.

"There are a number of other benefits that are provided for students on the programme because the main aim is to break the intergenerational cycle of poverty. So there is a heavy focus on education for the children," she pointed out.

In the 2016-17 financial year, $129 million was disbursed to students to assist with post-secondary education.