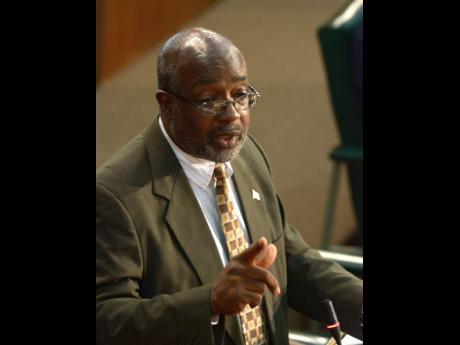 He pointed out that the poor decisions made by the Jamaica Public Service Company (JPS), which resulted in the widespread power failure, had an economic cost that the country cannot afford.

Fagan's comments came during a meeting of the Economy and Production Committee of Parliament yesterday where the parliamentary body urged the Ministry of Science, Energy and Technology to expedite plans to craft a scheme of fines for imposition on the JPS in cases where the country is plunged into darkness as a result of major system failures.

Director General of the Office of Utilities Regulation (OUR) Ansord Hewett told members of the parliamentary committee that the Electricity Act of 2015 provides for a scheme of penalty, which can be enforced in a court of law, but the process could take an inordinately long period to resolve.

However, he said that there is an option to establish a scheme of penalties where the JPS agrees to paying a fine when it breaches certain service requirements.

Hewett said that the OUR has been pushing the ministry to get that arrangement in place, which would provide the regulatory body with an additional tool to impose sanctions if necessary.

The committee was discussing the OUR report on the JPS's major system failure, which left most parishes without power for several hours on April 17, 2016.

"I expect that the fines will be of sufficient magnitude to discourage any breaches," he insisted.

Hewitt said that the ministry indicated recently that it would shortly be sending the OUR a proposal on the scheme of sanctions for it to review.

Committee chairman Anthony Hylton told his colleagues that in a situation where the JPS holds a monopoly, fines to regulate conduct becomes even more important. Commenting on proposals for penalties and fines to be imposed on the JPS, Sam Davis, head of government and regulatory affairs at the JPS, told the committee that the company did not intend to wait on sanctions to make appropriate decisions and take actions in relation to improved service to customers.