Light On Violence | Hanover stakeholders join the war on crime 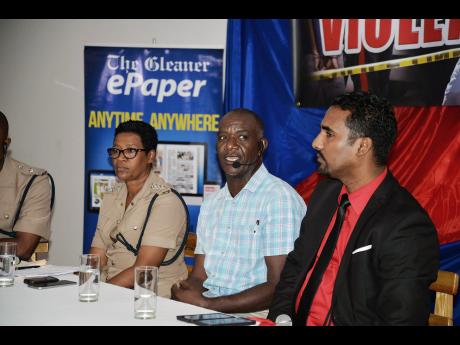 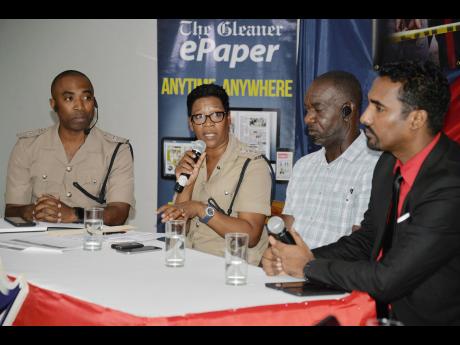 With 31 murders committed in the parish since the start of the year, which reflects a more than 100 per cent increase for the corresponding period in 2016, the Hanover Parish Development Committee (PDC) has embarked on programmes aimed at helping to combat the situation.

Speaking at Wednesday night's Gleaner Light on Violence Special Crime Forum at the Global Villas in Esher, Hanover, Courtney Hudson, the vice-chairman of the Hanover PDC, outlined a number of initiatives that his organisation has embarked on since the start of the year to help blunt the lawlessness that has been plaguing the parish.

According to Hudson, in January, the PDC held a consultation with stakeholders within the parish, where they had an in-depth discussion on the issue of crime and how they could help to fix the problem.

"We decided to launch a pilot project within the Dias community, working with the Peace Management Initiative, the Ministers Fraternal, and the parish councillors to come up with strategies," said Hudson. "What we did was that we had a walk through the various communities, talked to the residents, got their feedback, after which the Ministers Fraternal held four nights of church services in the Dias and Kingsvale areas in order to assure the residents that they are not alone."

The Dias and Kingsvale areas, which are the primary hotspots in Hanover, accounting for eight of the murders committed in the parish, are noted safe havens for gangsters because of their deep rural location.

Hudson said that he was somewhat worried that residents are reluctant to provide critical information to the police to help them in their crime fighting, albeit expressing the understanding that residents might have reservations because of their fear of being exposed.

"Each resident has to be assured that they have a part to play in this whole issue of crime fighting, and if they don't play their part, Hanover will not be the place that we want it to be," said Hudson.

... Residents concerned for their children

Courtney Hudson, vice-chairman of the Hanover Parish Development Committee (PDC), pointed out that the level of criminal activity in the parish is seriously affecting the residents, with many persons regularly expressing concern for the well-being of their children with regard to their participation in extra-curricular activities at school.

Deputy Superintendent of Police Sharon Beeput, Hanover's commanding officer, said that she is on a relentless drive to blunt the activities of the parish's three major criminal gangs - One Link, Hundred Round, and One Voice. She said that 16 alleged gangsters have been arrested over the past two months and 12 guns and a quantity of ammunition seized.

"Our aim is to stop the gangs in their tracks and make Hanover safe again," Beeput noted at a Gleaner Light On Violence Special Crime Forum in the parish on Wednesday. "We welcome the support of the PDC, and we are calling on all law-abiding citizens to join us in our effort to end the violence."