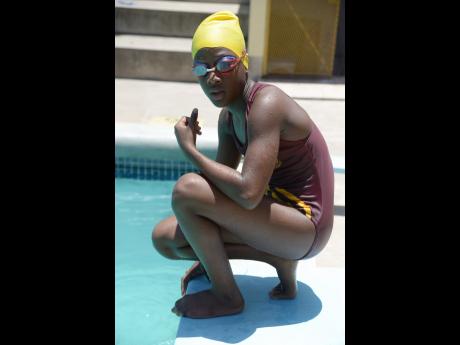 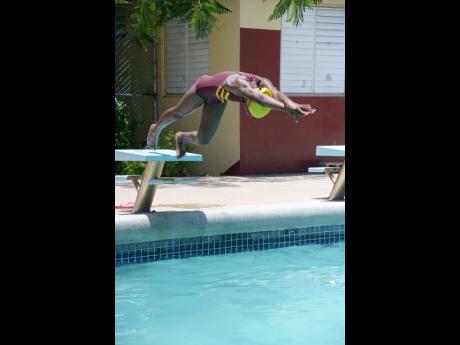 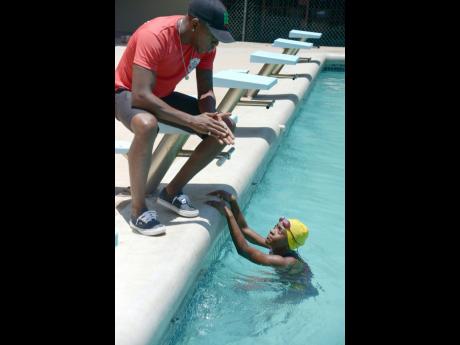 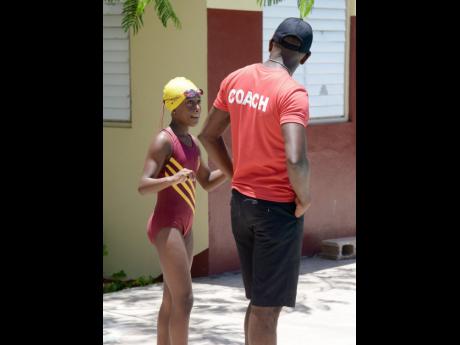 The great thing about sports is that you constantly have to prove yourself. At just nine years old, Christanya Shirley already knows she has to get herself fully engaged, becoming more familiar with her sport and consistently improving each action to ensure she excels at her craft.

It’s one thing to hone your skills frequently during the sport’s main season, but it’s another to swim year-round. However, Shirley, whether on or off season, continues to excel in the pool in all her swimming categories to the point where, at her level, she continues to break the records that were held by national swimming champions.

In 2014, then a six-year-old swimmer, Shirley broke two long-standing records at the Amateur Swimming Association of Jamaica (ASAJ) Preparatory and Primary Championships at the National Stadium pool.

The Wolmer’s Preparatory School student erased Alia Atkinson’s 18-year record in the 50-metre freestyle. The then grade-two student won the event in 39.46 seconds to set a new mark as she bettered Atkinson’s 41.94 seconds. Shirley returned later in the day and broke Kendese Nangle’s 50-metre backstroke record with a new mark of 49.97. Nangle’s time was 51.82.

In 2016, during the Walter Rogers National Age Group Swimming Championships, Shirley stamped her class when she topped the eight-and-under girls’ 50-metre butterfly in a flashy 38.20 seconds, lowering the 13-year-old mark of 38.94 seconds set by Nangle in 2003.

Shirley practices four days per week and trains with her school from Mondays to Thursdays, then, on Saturdays, she is under the guidance of Rashay Wilson, coach at Marlins Swim Club.

“I started swimming because I wanted to win medals and break records. I still feel excited about breaking Alia Atkinson’s record, because it was there for a very long time,” Shirley said.

“Training is very hard, but I have to. If I want to succeed and become great, I have to do my best,” she added.

Wilson is also the coach at Wolmer ’s Preparatory, and Shirley began training with him just four years ago. He credits her remarkable performance to the dedication of her previous coaches and her innate ability to succeed.

“When I met her, she was already a champion. I didn’t get just any swimmer, I got a champion. In order to keep improving her performance, we have had to work on her stokes and distance, and she never complains. Sometimes we slow down when her muscles get sore, but we get the best from her at all times,” Wilson said.

Exceeding at a sport is not only based on your skill, but there are many other factors which contribute to your success. Wilson said Shirley is an all-rounder who is a dream to coach.

“She’s easy to get along with. Once you tell her what you are working on, she follows your instructions. I do not think there will be any obstacle that she will not overcome,” Wilson said.

Shirley is also on the honours list at Wolmer’s and has earned gold awards in academics. “I want her to keep being the star that she is. We are looking for big things from her in the future,” he said.