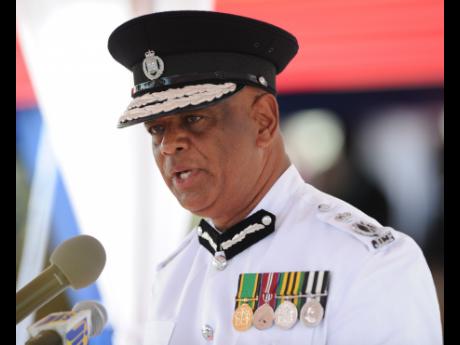 Jamaica's police chief George Quallo is today expected to outline measures to stem the wave of murders that, in the last week alone, has left a trail of 54 bodies, at an average of seven per day, across the majority of police divisions islandwide.

According to the latest Periodic Serious and Violent Crime Review, compiled by the Jamaica Constabulary Force (JCF), 33 persons were murdered across rural parishes and 21 in the Corporate Area.

This, coupled with the 15 murders recorded in the first three days of this month and 136 last month - at an average of four per day - has pushed the country's murder tally as at last Saturday to 639. This is 19 per cent, or 103, more murders than were reported for the corresponding period last year.

Despite this, Quallo, who took office in April, declined yesterday to give any indication of the measures being contemplated to tame the crime monster.

"I cannot comment on that right now. We will have a press conference tomorrow [Tuesday] where we will address that," he told The Gleaner.

According to the JCF statistics, Clarendon led all parishes with 12 murders over the period June 3 to June 10, followed by St James, with nine. Since the start of the year, 63 people have been murdered in Clarendon and 122 in St James, where the homicide rate is 11 per cent above last year's record-setting 252 killings.

Kingston Western and St Andrew Central recorded three murders each last week, with 40 and 29 killings apiece since the start of the year; while Kingston Eastern, St Thomas and St Elizabeth recorded two murders last week - one more than Hanover, St Ann and Manchester over the same period.

Kingston Central, St Catherine South, Trelawny, St Mary and Portland were the only of the 19 police divisions that did not record any murders last week, bringing a sigh of relief to sleuths in those regions.

The latest statistics come as a joint select committee hosts its first meeting to examine the Law Reform (Zones of Special Operations) Special Security and Community Development Measures Act, 2017, that is aimed at implementing special measures to uphold and preserve the rule of law.