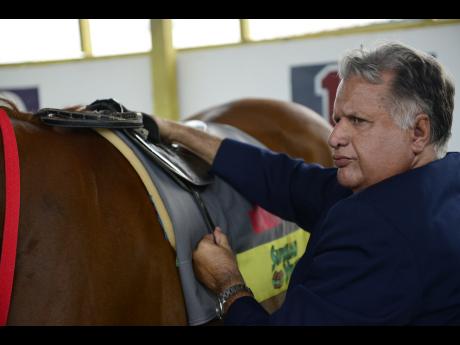 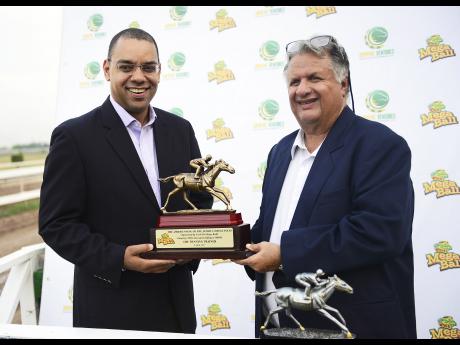 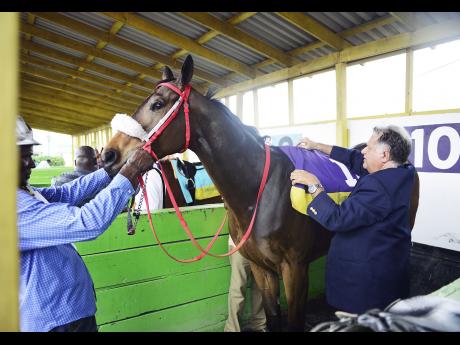 Gladstone Taylor
Wayne DaCosta with one of his horses at Caymanas Park. 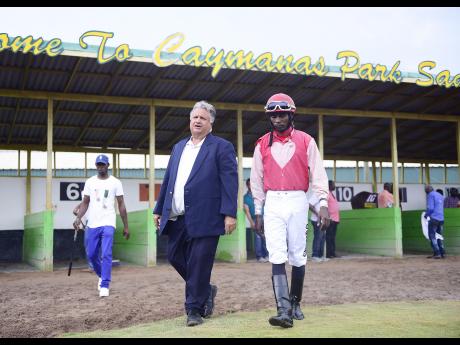 Wayne DaCosta is widely regarded as one of the best horse trainers in Jamaica. He has saddled more than 2,000 winners and is the leading trainer at Caymanas Park.

However, DaCosta, who has been involved with racing for more than four decades, has not had an easy road to success. He said his love for horse racing started when he was much younger.

"We used to, on the weekends, ride up in the hills, quite as far as Irish Town and basically spent the whole day up there, but in those days, we were young and we were excited, and so our horses basically carried us wherever we wanted to go."

DaCosta said that getting into horse racing in the early years was difficult.

"The most challenges that I had in my younger days was to get good horses, because in those days, the system was much different from what it is now," he said.

"In those days, it was a handicap system, and so you just couldn't claim a horse and get yourself going. You basically had to come to the sale and buy a horse, and if you never had enough money in those days - and I certainly didn't have enough money - you couldn't get the good horses or the well-bred horse," DaCosta said.

"But nowadays, the system has changed, and so it is much easier for a youngster to come in and get rolling pretty quickly. But in those days, it is was very difficult to get ... quality horses to race in the top classes."

Committed to staying top of game

Champion horse trainer Wayne DaCosta shared that his success over the years was built on hard work, dedication, and his commitment to wanting to stay on top of his game.

"It is a lot of hard and consistent work, and also I have been able to attract a good set of owners who have stayed by me for the past 20 years," DaCosta said.

"I have been able to go around to the farms and select good horses over the years that have won classic races."

DaCosta noted that Triple Crown winner War Zone is among the greatest horses he has trained during his career.

"I have trained quite a few good horses. I think that War Zone is one of them that stands out. Also,

Mr Sensational and Thornbird, she was a classic winner," he said. "Mr Sensational won the two-year-old Toyota Cup in those days. It was nice because if you won the Toyota Cup, you get a car for first prize. War Zone won the Triple Crown and he was the first horse to go 12 straight."

He added, "Now, we have Seeking My Dream, probably the best horse I have ever trained. He is definitely talented, and then we have Fearless SamUrAi and She's A ManeAter, and these are good three-year-olds, and both of them are working their way to the top, and hopefully in the future, I will still have a few good ones."