Teacher challenged herself as she prepared GSAT students 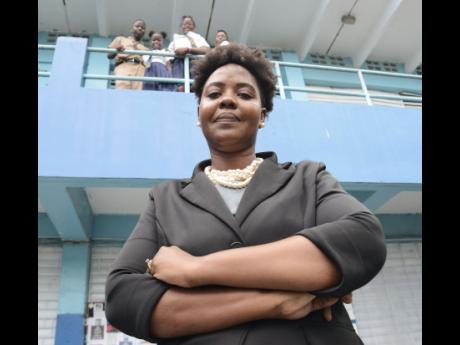 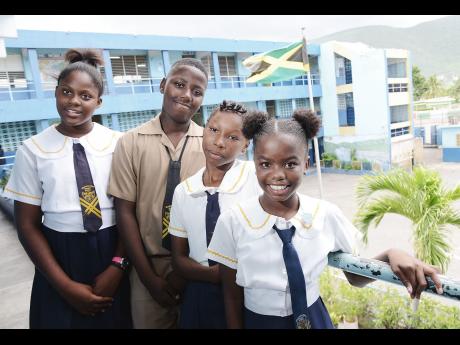 In preparing her students for the Grade Six Achievement Test (GSAT), Nicole Fray-Johnson had to do something she had never done before.

The grade six coordinator at Rollington Town Primary School in Kingston said she was led to share her experience growing up in a children's home during her teenage years - a journey that was filled with abuse, abandonment, and rejection.

In giving an overview of her students' performances in the recent examination, she indicated that she could easily relate to some of the emotional challenges many of them displayed.

"I was left by Mom when I was couple months old. My mom had children, but she didn't want the burden of growing us. So each child that she had was left somewhere. I was left with my father. My mom eventually came around when my father migrated, hoping that my father would send money so she would have the opportunity. I was abused; sometimes I was beaten for days. I was burnt with iron and cigarettes," Fray-Johnson shared with The Gleaner.

"I was very suicidal, so I tried to take my life several times. Nevertheless, I came here (Rollington Town Primary), I pushed through, did

my Common Entrance (Examination) and got through for St Hugh's (High School). I started running away now, because I didn't know what to do. I would also walk the streets."

Using her own life story as a lesson for her students, Fray-Johnson said she could better relate to steering and motivating them on a path to success.

"As a matter of fact, I had to have them say declarations every single morning: 'I'm created for purpose', 'greatness lies in me' and 'nothing will stop my purpose' - things like that," she said.

Jumping over the hurdles to GSAT success

Sidoney Smith is one student who benefited from the affirmations her teacher, Nicole Fray-Johnson, instilled in her.

The Rollington Town Primary School student encountered severe emotional patches, not having both parents around.

She, however, jumped over the hurdles and gained an average of 91 per cent in the Grade Six Achievement Test (GSAT). Smith will move on to Ardenne High School in

"It was really hard because I didn't have my parents around. But when I went into the exam room, I was like, 'Do your best and forget the rest'," she told The Gleaner.

"My average before (going into the exam) was 88 per cent, so I was wondering. But I knew I could do it."

Other students who stood out at Rollington Town Primary included Tavian Brown, whose average was 93.2 per cent; she moves on to the Wolmer's High School for Girls in Kingston. Mordecai Clarke, who was placed at Kingston College, scored an 86 per cent average. Asanya Pryce, who recorded an average of 83 per cent, will transition to the Camperdown High School come September.