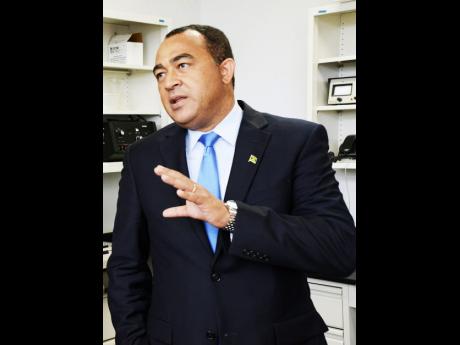 Health Minister Dr Christopher Tufton said that he expects ground to be broken for the construction of a 220-bed children's hospital on the compound of the Cornwall Regional Hospital (CRH) in St James before the end of the current financial year.

He said that a team from China is currently in the island fast-tracking approvals and designs, making it the first public hospital to be constructed in Jamaica since the May Pen Hospital was built in the 1970s.

"It will transform the western region in that you will not only have CRH, which we expect to be in much better shape with all that is happening now, but you will have added capacity to deal with children and adolescents," said Tufton during the handover ceremony of a $10 million cheque to the CRH by the organisers of the annual Rainforest Seafood Festival on Wednesday.

"Furthermore, it can become an external regional hub for our small islands, which really don't have the capacity for some of that type of specialist care."

Plans are also in place for the Chinese delegate to visit other local institutions to gather information that could lead to improvement in health-care services.

Brian Jardim, chief executive officer of Rainforest Seafoods, said that his organisation was motivated to make the sizable donation because of the recent challenges Cornwall Regional has faced, which has significantly affected its operations.

"As we planned for the fourth staging of the Seafood Festival in late 2016, the reports of the hospital's challenges with the ventilation system appeared," said Jardim.

"It motivated us to plan our biggest festival yet so that we could assist the hospital during a time when it needed it the most ... we truly live up to the festival's motto of 'Eat Good, Do Good'."