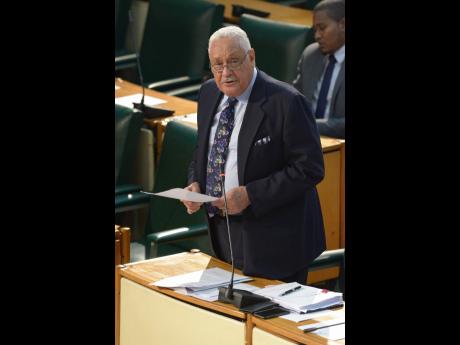 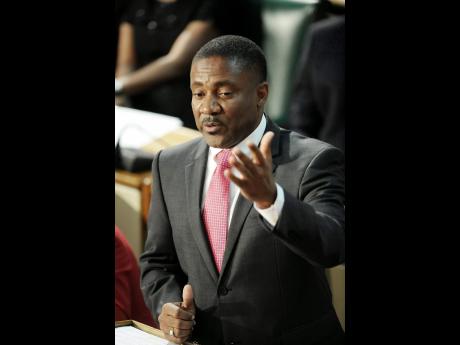 Despite drastic improvements in conditions for profit making such as declining oil prices, Jamaica has granted a full bauxite levy waiver to Windalco, a decision one opposition parliamentarian has labelled "scandalous".

But the Government is maintaining that it was either that concession or a flirtation with the risk of plant closure and job losses.

The disclosure was made on Tuesday in the House of Representatives in answers Transport and Mining Minister Mike Henry gave to questions tabled by his opposition counterpart, Phillip Paulwell.

Paulwell expressed shock after reading the concession agreement that the Government signed last July with UC Rusal, the Russian company that operates Windalco, which comprises two plants - Ewarton and Kirkvine.

In 2013, in the face of rising oil costs and falling prices for metal, the then Portia Simpson Miller administration entered into an agreement with UC Rusal that saw a waiver of the bauxite levy for 2013-2014.

The agreement would cease, however, if the price of oil fell below US$80 for three consecutive months and if there were improvements in the London Metal Exchange Price (LMEP) for aluminium.

An extension deal was signed in 2014 but with improved conditions. There was only a waiver of 50 per cent off the levy. The so-called Further Bauxite Levy Concession Agreement expired in March 2016. In July 2016, it was extended to March 2018, but this time amended to give a full bauxite waiver even though the price of oil fell dramatically and the London Metal Exchange price improved.

"The question that arises and I believe that the questioner (Phillip Paulwell) is seeking to get is on what basis did the minister and the Government make the judgement that full relief should be given to the levy at a time when the profit conditions for operations were at the best they have been for many, may years?" asked Dr Peter Phillips, opposition leader, regarding the Government granting a full bauxite levy waiver to UC Rusal, operators of Windalco.

"It's very simple," mining minister Mike Henry replied during the exchange in Parliament on Tuesday. "They (UC Rusal) wouldn't buy our deal unless this agreement was entered into. And we have now got from them the expansion process that relates to both plants (Ewarton and Kirkvine)."

As Henry faced pressure from the Opposition, his colleague Cabinet ministers Karl Samuda and Edmund Bartlett came to his assistance, insisting that Jamaica had no option but to take the deal to save jobs.

Paulwell, opposition spokesman on mining, did not accept the explanation and suggested that there might have been another reason.

"I hear the members speaking about closure of company. The company was in no danger of closure. In fact, when they threatened closure, it was quite clear that as a responsible government, we had to say to them, 'If you close, you lose your licence for the reserves'," he charged.

Paulwell's colleague and education spokesman Ronald Thwaites said that the situation was "scandalous" and that the Government was "giving away" its mineral resources.