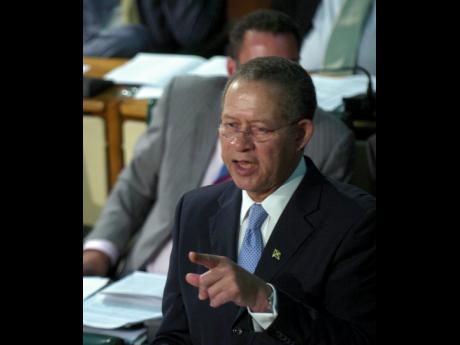 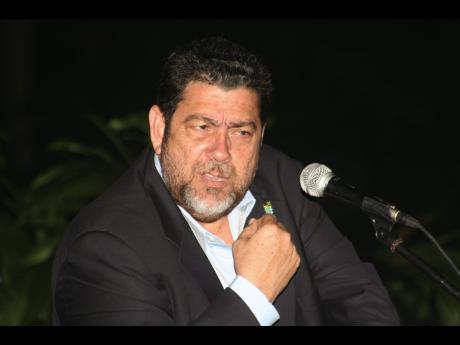 Jamaica's decision to participate in discussions at the Organisation of American States (OAS) - whose general assembly starts today - over the Venezuela situation is "correct", former Prime Minister Bruce Golding has said, as he chides opposing CARICOM leaders for their "foolish" position.

"I think that this argument that is being advanced by Dr Ralph Gonsalves (prime minister of St Vincent and the Grenadines) and the prime minister of Antigua and Barbuda, Gaston Browne, about non-interference, is foolishness. And, I say it's foolishness because the same argument could have been advanced for apartheid South Africa - 'Why are you interfering in our domestic affairs?' And, we (Jamaica) jolly well had to interfere."

Dozens of people have died in recent months in violence related to anti-government protests in Venezuela that is battling deepening economic and political turmoil. A recall referendum for President Nicol·s Maduro, as well as elections for state governors in 2016, suspended.

The situation worsened in March when the Supreme Court, though temporarily, stripped the Parliament of its powers and transferred that authority to the court.

Maduro has alleged that the United States has been trying to destabilise the socialist country since the death of Hugo Chavez, whom he replaced.

The OAS, a grouping of 35 independent countries of the Americas, including Venezuela, has been working on an approach to respond to the situation, but perceived US influence over the organisation has proved unsettling for Maduro and seemingly for some CARICOM members.

In May, CARICOM's secret strife over the approach to Venezuela spilled over into the public domain when Gonsalves warned, in a letter to The Gleaner, of a "divide-and-rule tactic" being used at the OAS by an undisclosed "handful of powerful countries with an agenda of naked interest" to achieve regime change.

Holness hit back, saying Jamaica's view of things "is somewhat different", adding that the OAS was the "appropriate forum" when member states do not adhere to "the essential elements of democracy".

Bruce Golding says Holness is right. "I think that CARICOM was ideally placed to be the mediator. But, that possibility does not exist given the sharply conflicting positions that have been taken within CARICOM.

Meanwhile, Golding said he supports Trinidad and Tobago Prime Minister Dr Keith Rowley's call for OAS Secretary General Luis Almagro to be removed. "I think he has compromised himself and he's in danger now of comprising the OAS."

Writing in The Gleaner, as well as The New York Times in March, Almagro threatened Venezuela with suspension if a presidential election was not called. He said then that "President Maduro's government is an inefficient and corrupt" authoritarian regime.

Statements like those, the former Jamaican prime minister said, are working against the efforts to help resolve the Venezuelan crisis. Venezuela has served notice it will be withdrawing from the OAS.

"He (Almagro) cannot lead or coordinate the OAS's intervention in the matter," Golding said. "He has acted improperly, where he has taken a very hostile position [towards] Venezuela. I believe the OAS Council of Ministers should call him and say, 'Look, you can't carry this ball and, therefore, let's look at the terms of your contract and see how we can replace you'."

"That is absolutely necessary," he insisted.