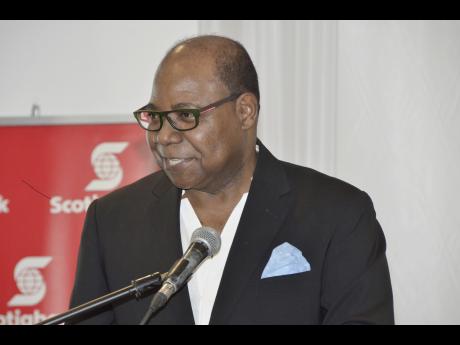 Minister of Tourism Edmund Bartlett says Jamaica is at a delicate crossroad where the media will have to decide whether a culture of "read while you bleed" should take precedence over the national good.

In a Gleaner interview yesterday, Bartlett noted that while the media are there to ensure that the public's right to know is always held in high regard, they should guard against sacrificing the country's number one breadwinner on the altar of "salacious headlines".

"The media are there to ensure we have adequate checks and balances to guard against Government's excess and that the interest of the public is protected at all times," the tourism minister pointed out.

"However, in a Third World country like Jamaica where tourism continues to be the real engine of growth, it is not unreasonable to expect the media to be a responsible partner where there is a balance as it relates to how crime is covered and the type of descriptive language that is used to highlight the problem."

Bartlett noted that in other jurisdictions where crime is also a huge problem, the media there tend to be more conservative in their coverage.

NOT MUZZLING THE PRESS

"What I am saying, and I really don't want my comments to be misconstrued where it comes across as if I am trying to muzzle the press or I am trying to prevent the media from carrying out its duties ... , no, not at all," he stressed.

The tourism minister further noted that in November, when the "eyes of the world" will be on Jamaica for what is being billed as the biggest tourism conference to be staged in the Caribbean, "the stakes could never be higher.

"Jamaica will be hosting the United Nations World Tourism Conference where already we have 47 countries registered to be here," he explained. "Are we going to scare them away as well as the 150-plus tourism ministers of the world who are slated to be here?"

Bartlett admitted that the ultimate responsibility lay with the Government in dealing with the crime situation, noting that policies will have to be put in place to tackle the problem once and for all.