Risky Business | Health official : Catching diseases from floodwaters is easier than you think 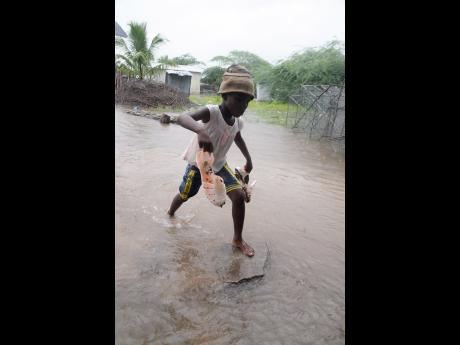 Jermaine Barnaby
Children are forced to walk in water following heavy rains in Clarendon on Saturday. 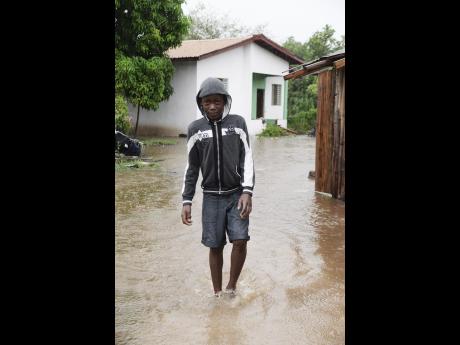 Jermaine Barnaby
He was left with no choice but to walk in the water to get around in Clarendon. 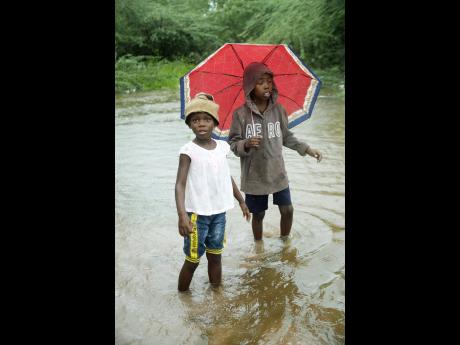 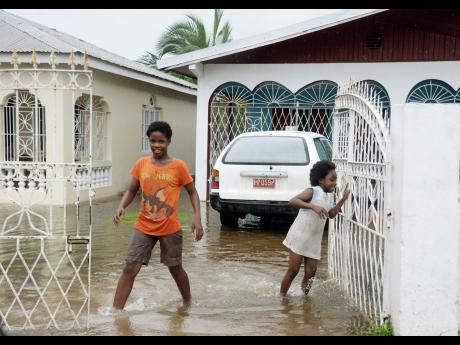 Jermaine Barnaby
They are hardly aware of the danger that they could be in from these waters. 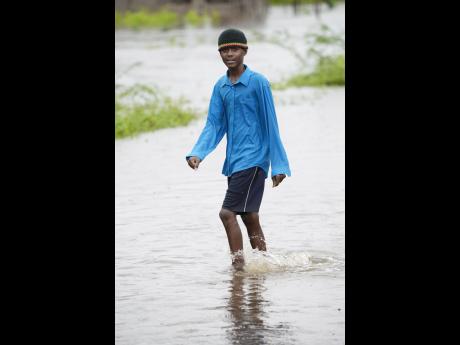 Jermaine Barnaby
Soaked to his skin and in water almost reaching his knees.
1
2
3
4
5
6

The Health ministry is urging persons to avoid contaminated water as they may put themselves at risk of contracting leptospirosis and water-borne diseases. This warning comes in light of the recent heavy rains that have resulted in flooding in some parts of the island.

Clarendon is one of the parishes that took a battering from the rains on Saturday, and when our news team visited, several persons, including children, were seen in water that sometimes reached their knees, while standing in their yards, in the streets and even inside their homes.

"You can get leptospirosis, gastro-enteritis, along with skin rash, if you play in contaminated water or don't wash your hands, or if the water accidentally gets into your mouth." Everton Baker, director of environmental health, told The Gleaner yesterday.

He says that settling water can facilitate mosquito breeding and may contain sewage from toilets affected by flooding.

"Floodwaters carry debris such as food scraps and sewage, which tends to attract rats. These rats pose a threat to persons, as they also urinate and defecate in settling water, causing further contamination," Baker added.

than many persons think, as organisms can enter through any opening of the body.

"These diseases can be caught through any cuts and bruises on the body, through the skin, as well as the mouth," he explained.

"We understand that persons who need to rescue others may be unable to avoid contaminated water. However, we are encouraging them to wear protective clothing such as water boots and gloves," he stated.

Baker told The Gleaner that the health ministry was doing its part by educating the public and eradicating mosquito-breeding sites, but he said the residents should play their part in practising proper garbage disposal.

"We discourage persons from littering, especially persons who consume foods from restaurants and who tend to dispose the waste in the open."