Dunkley hailed for service to country 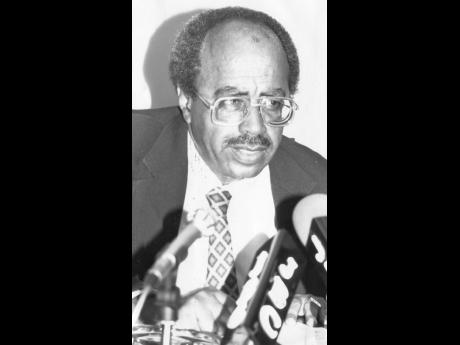 Former government minister Carlyle Anthony Cosmo Dunkley is being hailed for his long and dedicated service to country and party, following his death on Tuesday night at the age of 78. He died at the University Hospital of the West Indies.

The Portland native, who caught the eye of People's National Party (PNP) leader Michael Manley during his final undergraduate year at the University of the West Indies and who accepted the invitation to join the National Workers' Union, would go on to earn a reputation as a savvy trade unionist, even as he excelled as a parliamentarian.

"His leadership qualities were evident from his student days at Kingston College, and his tenure in the trade union movement revealed the breadth of his vision and capacity for transformational leadership. He was a leading member of Michael Manley's negotiating team, which won landmark benefits in the historic 1959 agreement for the bauxite workers," PNP president Dr Peter Phillips said in a press release.

Dunkley was conferred with the Order of Jamaica in 1991.

He is survived by widow Phyllis, sons Graham and Stephen and grandchildren Jacob and Chelsea.