'BPO sector in a precarious position' 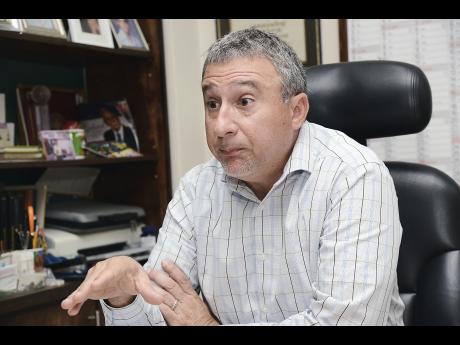 Dr Guna Muppuri, the outgoing president of the Business Process Industry Association of Jamaica (BPIAJ), is calling for dialogue with the Government before the long-awaited special economic zone (SEZ) regulations are finalised.

The BPIAJ represents approximately 45 players in the ICT/BPO (information and communication technology/business process outsourcing) sector but has been on a collision course with the Metry Seaga-led Special Economic Zone Authority (SEZA) regarding several proposals that will affect the industry under the new act.

"We have put our position forward in letters to the Government, but to date, we have had no reply or acknowledgment of our concerns," said Muppuri in a release to the media. "Chief among the BPIAJ's concerns is how the industry will be treated under the special economic zone regime, which imposes not only a host of fees and regulations, but also more red tape and bureaucracy."

The SEZ Act was passed in January 2016, repealing the Jamaica Export Free Zone Act, and included tax and Customs incentives for qualified entities. The BPO sector enjoys the highest employment growth rate of any sector in the last decade and currently accounts for more than 22,000 jobs across the island.

Jamaica's BPO industry has been identified as the main driver of the country's growth agenda, and the Government has targeted the creation of 100,000 BPO jobs in five years. Today, the sector is the island's largest employer, and the fastest growing industry, contributing more than US$400 million annually to the local economy.

Metry Seaga, chairman of the Special Economic Zone Authority (SEZA), is adamant that every occupant within the SEZ will be charged a fee, in keeping with the mandate of the agency.

Dr Guna Muppuri, outgoing president of the Business Process Industry Association of Jamaica (BPIAJ), believes that the position taken by SEZA will put the BPIAJ in a precarious position,

According to Muppuri, in 2016, the industry added more than 6,000 new agents, yet net job growth in the industry has stagnated in 2017, which is directly attributable to the ongoing climate of uncertainty surrounding the SEZ legislation and the range of new fees and taxes being imposed on the sector.

"We can see the impact on our industry. New investors are holding back, observing the Government's legislative moves, and existing players are slowing the pace of expansion while they assess whether Jamaica will continue to be an attractive BPO destination," said Muppuri.

"We continue to urge the Government to sit down with us and to understand our concerns if we are serious about delivering the jobs and the growth that only the BPO can bring to this country," added Muppuri.