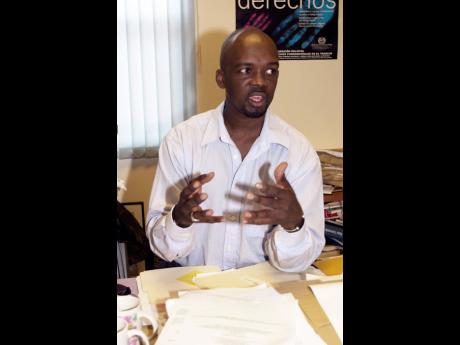 University lecturer Dr Orville Taylor has charged that labour laws in Jamaica are gender-biased and contribute negatively to the role Jamaican fathers play in the lives of their children.

Taylor, the head of the Sociology Department at the University of the West Indies, Mona campus, made the claim during his presentation at the Daddy Matters workshop, held on Sunday, which was celebrated as Fathers' Day.

While pointing to several pieces of legislation, Taylor argued that most fathers want to be involved in the lives of their children, but the system prevents them from doing so in some cases.

According to Taylor, there is a "systematic and systemic bias based on our own experiences" that causes persons to believe women are more entitled to leave than men.

"Fathers have extremely difficult time in practice ... getting their legal time off and legal vacation leave, plus human resource development managers ostensibly mostly women, form the assumption that the men do not need the time off," said Taylor.

"When the men say that they are going to take part in things which have to do with their children's lives, they do not get the time off, and the manager themselves admit it because one of the assumptions that they make is that the men do not, are not going to be taking the time to do what they say they are going to do," added Taylor.

The sociologist highlighted that the current Maternity Leave Act in Jamaica is outdated and that men should also be given an opportunity to receive paternity leave when their partners are pregnant or are about to give birth.