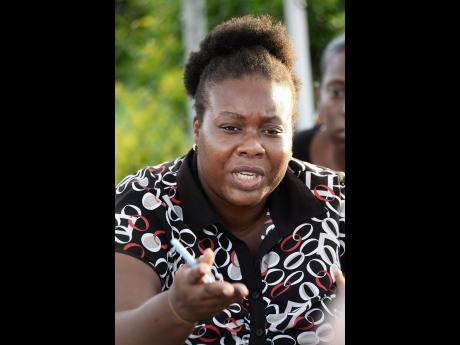 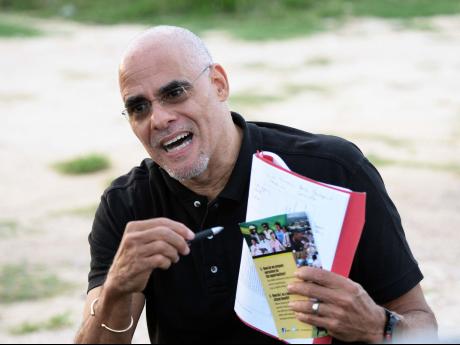 With the crime monster claiming more than 60 lives since the start of the year in Clarendon, it would not be strange if this was cited as the biggest impediment to economic growth in the parish, but not so say some residents of Longville Park.

They say that the greatest impediment to economic growth in Jamaica is corruption and that much of this stems from unnecessary bureaucracy.

Kemeila Ewers was part of a group of residents who participated in The Gleaner's 'On the Corner' series with co-chairman of the Economic Programme Oversight Committee (EPOC) Keith Duncan last Wednesday, and she was adamant that corruption is a clear and present danger.

"We face too many barriers to get fundamental things done in our own country, and it frustrates you to the point where you just give somebody a money," declared the educator, pointing to the illicit process in which persons make back-door payments in order to acquire a driver's licence.

"The authorities keep telling you to try again, come back in a week or a month. So, while some of them aren't outright telling you to pay, in essence, that is the aim. So, naturally, if persons know someone who's willing to accommodate that, they will oblige to speed up the process.

ADDRESS FROM THE TOP

Ewers said, "However, a country like the United States, if you want to get an ID for whatever purpose, you have to go through the regular route. There's no back door but the bureaucracy is minimal. The turnaround time is short."

She argued that the issue of corruption is one which has to be addressed from the top down as those of a higher social strata continually use their power to manipulate those at the lower level.

"It's the higher level that breathes corruption, and then it flows down to the little man or those who are marginalised. It shouldn't be a case where you've graduated, there's a job opening and you don't stand a chance equal to that of someone who knows the boss or the member of parliament.

"Why place a vacancy in the paper, to have somebody apply for the post when you know you've already selected someone and the person won't be successful? Its corruption, and if we don't rid the country of it, there's no way we can succeed economically because those who are worthy and deserving have to know someone to get somewhere," charged Ewers.

The educator argues that there is a need for the various oversight bodies to be more aggressive in their duties to ensure transparency and accountability, a sentiment shared by Duncan.

"Corruption comes up on all of the indicators and pain points for investors who want to invest in Jamaica. It's prevalent in our society. We see it in our processes daily, and we have to address it in a structural way down to the root so that the ease of doing business and the people's level of comfort in doing business in Jamaica will be improved.

"The oversight bodies have to be fearless in executing their responsibilities from the top down. They have to hold all members of government, private sector, and anyone who engage, with both, to account around following the rules and guidelines of our society," said Duncan.