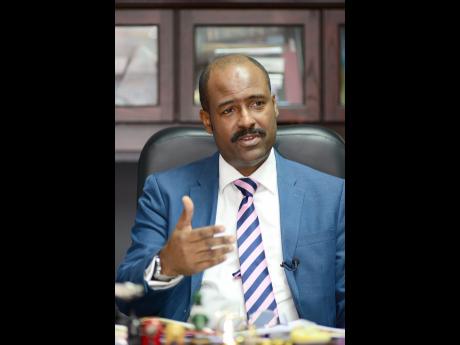 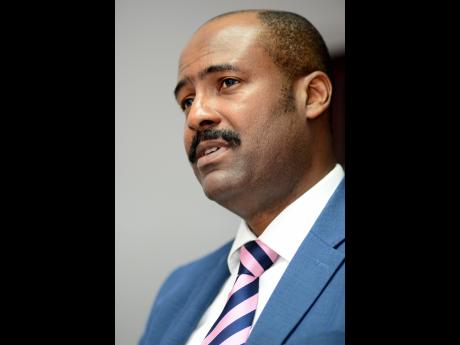 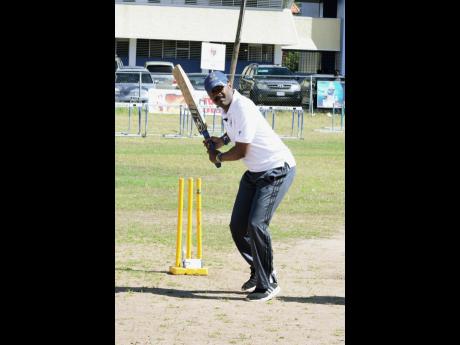 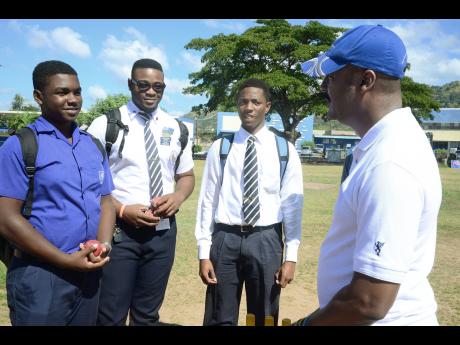 He is the son of a former high court judge but flunked a year of law school anyway. Fast-forward to 2017, and Dirk Harrison is marking four years as head of the Office of the Contractor General, Jamaica's main anti-corruption agency.

"I really don't know," he said when asked about some of the academic setbacks at Jamaica College and at the Norman Manley Law School in Kingston, where he received legal training.

"I repeated fourth form and fifth form. I don't think I learnt how to study until, probably, university. I repeated a year at law school. I was always diligent, I always tried," he said.

"My personal view [is that] probably at that time, schools never really taught how to study. You're told to study, but, for me, I didn't know how to study. I think I learnt late in life."

Working out the studying formula, Harrison said, was heavily influenced by his father, the now retired president of the Court of Appeal, Justice Paul Harrison, and former international cricketer Jimmy Adams, who was his contemporary at the Old Hope Road, St Andrew-based all boys' high school.

He said that one of his favourite learning times was "on a Sunday afternoon, sitting with my father and listening to all the stories that he and other judges told of the courtroom. They were inspirational and they motivated me to go into the career path I took."

Adams is a former Jamaican West Indies Test player with a batting average of 41.3 and whose first 12 Test matches saw him making 1,132 runs at an average of 87 - statistics comparable with the Australian great Don Bradman. Harrison said that he was thrilled to open with the left-hander for his school.

"... the impact of Jimmy Adams when we were at JC and the inspiration, motivation that he provided to many of us to want to achieve and to do well" were among the other things that drove Harrison's desire to pursue his career in law.

Harrison became contractor general in March 2013, replacing Greg Christie, who stepped down in November 2012. Before making that trek up to New Kingston, he was based in downtown Kingston as a senior deputy director of public prosecutions.

There, he declared that he was doing what he loved: practising law and helping in the dispensation of justice. The quest for justice, as he shared earlier, started from his more youthful days, but now, he says, of particular stirring was when he was in public and his father was not around.

"Everybody should be treated the same way. And because of how I saw persons treat my sister and me because 'you are the judge's son,' they only showed us acknowledgement when he was around. It was a learning tool for me."

Harrison describes his time leading an agency disliked by many for its insistence on rules, so far, as challenging but rewarding.

Don't be frightened by bling - Harrison to boys

"I'm still excited each day when I come to work. It has had its challenges, but I've had wonderful staff. They work very hard," said Dirk Harrison, the ex-prosecutor with 13 years in the courts before becoming contractor general.

"We have four children - two boys aged 11 and eight and two girls. One is four years old and the other, one year old. We never took work home," he shared, adding that he and his wife ensure that their children have an upbringing based on respect and honesty.

Harrison did not win his campaign for guild president at the Mona campus of the University of the West Indies but said that it was part of building his career because he believes that people must pursue their dreams "no matter how long it takes".

"Some of the greatest judges in the United Kingdom, some of them failed maths over and over again. So many famous lawyers in the United States failed the law exam. The fact is, it doesn't mean that the person cannot or won't achieve."

For boys, in particular, Harrison wanted this to be his parting message: "Don't be frightened by the bling. Live with what you have and within your means." As it relates to abuse, he said to them: "Be very gentle. Treat everyone as if they were your mother or sister."