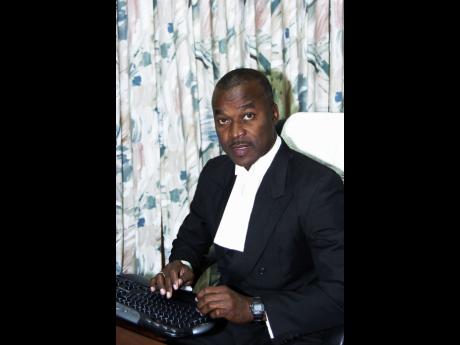 One of the major shortcomings in Jamaica's justice system was highlighted last week, when Keith Nichol was freed by the Court of Appeal after spending two years in prison while waiting for the notes of evidence from his trial to be completed.

In quashing Nichol's three-year prison sentence and entering a verdict of acquittal, the Court of Appeal bemoaned the fact that transcripts in criminal cases from the Supreme Court were taking an unacceptable long time to reach the appeal court.

Last September, Tafari Williams, after waiting for eight years for the notes of evidence, was forced to abandon his appeal so he could be released from prison as he had by then served his sentence. In ordering Williams' release, the Court of Appeal described the long delay as outrageous.

This time around, "inexcusable" was the word attorney-at-law Bert Samuels opted for as he described the injustice faced by Nichol.

After being released, Nichol told The Sunday Gleaner that he continued his appeal as he was determined to clear his name despite the delay.

"The justice system failed me because I languished in prison waiting for the notes so my appeal could be heard," said Nichol, a 49-year-old former football coach.

He noted that if he had not insisted on taking the matter through the Court of Appeal and had opted to serve the three-year-prison sentence imposed in March 2015, he would have been released in March 2017 with his time in prison reduced by one-third for good behaviour.

"I was determined to clear my name because the complainant told a vicious lie on me, so I decided that I was not going to abandon my appeal so that I could leave prison in March," said Nichol, who was convicted of indecent assault.

"Proving my innocence was very important to me because it was devastating to me to be charged and convicted of something I did not do,'' he added.

According to Nichol, life in prison was very rough and he suffered a lot of humiliation. He said his next move would be to seek compensation from the Government for the time spent behind bars awaiting his appeal and Samuels is confident that he has good grounds to do so.

In freeing Nichol last week Tuesday, the Court of Appeal expressed disappointment that the 100-page notes of evidence took two years to be completed.

According to Samuels, the court pointed out that Nichol waiting time could be regarded as fairly short as other persons are now waiting up to 10 years to have notes of evidence sent for their appeals to be heard.

The attorney said he knows of several persons who abandoned their appeals out of frustration while awaiting notes of evidence when they could have possibly been acquitted.

Samuels, along with attorneys-at-law Bianca Samuels, Daynia Allen and Marisa Benain, argued on behalf of Nichol that the judge erred in her directions to the jury.

The Court of Appeal found that the trial judge failed to put to the jury the fact that the complainant was mentally deranged at the time he allegedly made the report to his mother. The complainant is now facing a murder charge for another incident and has been found unfit to plead.

The court also found that the judge's directions to the jury on identification were incomplete, and that the judge was wrong in admitting the three-year-old complaint made to the mother.

It further ruled that based on Nichol's defence, the judge ought to have given to the jury what is known in law as good character directions.

"For people to have faith in the justice system, an appellant must have his entitlement under the Constitution to trial within a reasonable time," said Samuels.

He argued that the local Court of Appeal is the final court for poor people, who cannot afford the cost to go to the United Kingdom Privy Council, which is Jamaica's final appellate court.

The veteran attorney charged that in other countries, notes of evidence can be obtained at the end of each day of the trial, and it is unacceptable for a transcript of 100 pages to take two years to produce.

But a court reporter told The Sunday Gleaner that the department is woefully short staffed and many of the computers are not working.

"The department does not have adequate equipment for real time, and a lot of editing has to be done to produce the notes of evidence," said the court reporter, who asked not to be named.

"We have very little time for editing the notes because most of our time is spent in court," she added.