'Give tax incentives to boost investment' 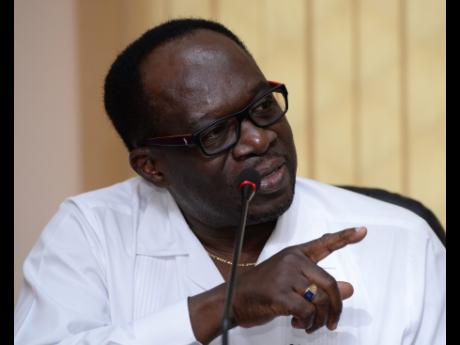 Dr Lynden Rose, a prominent St Elizabeth businessman, said the Government should offer tax incentives to the parish's local investing community, akin to those given to foreign companies operating in Jamaica, to encourage more investment there.

"We need to look at investments, and when I say investment, I mean big investment," said Rose, while speaking at last week's Gleaner Municipal Corporation Forum in Black River, St Elizabeth.

According to the businessman, who is a dentist by profession, the reopening of the Alpart bauxite plant by the Chinese firm, Jiuquan Iron and Steel Company, has given the parish renewed hope.

"I am hopeful that more large firms with deep pockets will see the parish, known as the breadbasket, as the ideal location to set up shop," added Rose.

The Alpart plant, which was previously owned and operated by the Russian company UC Rusal, closed its operations about eight years ago, leaving hundreds of persons jobless while transforming several booming communities into ghost towns.

With JISCO back in the fray, it is expected to generate between 800 and 1,000 jobs, with 70 per cent of the labour force mandated to be locals.

The company has also committed to invest some US$2 billion for the establishment of an industrial zone at Nain, which is expected to employ more than 3,000 persons. The industrial zone will comprise bauxite mines, an alumina refinery, a coal-fired power plant, a local electricity network, rolling wire mills, and a range of aluminium products, among other enterprises.

"Thank God, we now have a bauxite plant back on board, because, if it was not for that, we would be down in the gutters," noted Rose.

Among the other large firms operating in the parish of St Elizabeth are, the Grace Foods operations in Hounslow, the Appleton Estate in Siloah, and Algix Jamaica Limited in Barton Isle.