We are sitting on a gold mine - Freckleton 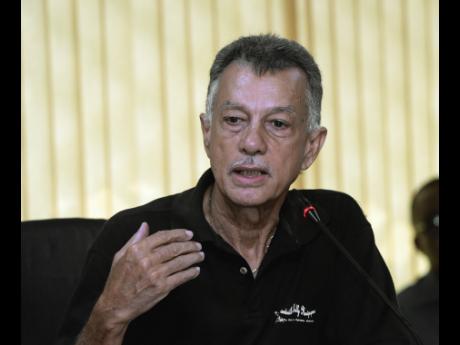 Stakeholders along the island's south coast have been left frustrated by the non-implementation of a major development that was projected to increase visitors to the region by 150 per cent, while generating a projected US$30 million in income and up to 20,000 new jobs.

According to Anthony Freckleton, chairman of the South Coast Resort Board, nearly $200 million was spent developing 'Operation 500,000', which was designed to attract 500,000 visitors to the south coast - St Elizabeth, Manchester and Clarendon. He is still hoping to get the $1.97-billion funding needed to make the development a reality.

"The South Coast Resort Board and its membership developed and planned 'Operation 500,000', coming out of our south coast sustainable development plan that we all, as taxpayers, invested almost $200 million in, yet we can't seem to get that plan implemented," said Freckleton at a Gleaner Inside the Municipal Corporations Forum in Black River last week.

"The plan was derived from the master plan that speaks to the assets that we have here on the south coast and the wishes of the tourists, which will be coming to Jamaica in the medium to long term."

He added, "The new tourist is not so much interested in sea, sun and sand, but more in our heritage and culture (and) in our master plan. It identified 450 heritage sites across the south coast which could be developed for this emerging tourism industry. This '500,000' a year coming into the region translates into US$30 million coming into our rural economy annually."

In putting the plan in motion, Freckleton and his team divided the south coast into five areas of interest - namely: Black River, Treasure Beach, Malvern, Mandeville, Milk River and their environs. They also compiled a list of projects for these areas that, if implemented over a five-year period, would result in visitor arrivals moving from the current 200,000 visitors annually to 500,000.

"Immediately, the TEF (Tourism Enhancement Fund) would earn US$10 million a year, and in discussions with the TEF, they are saying it's a bankable proposal and all we are asking across the south coast for is $1.97 billion for the integration of tourism into the local landscape, because that is what is needed to drive the economy of Black River specifically. The entire town (Black River) is a heritage town ... we are sitting on a gold mine here," argued Freckleton.

"So, we have a number of projects, we talk about the Black River boardwalk. Can you imagine along the coastline, some jetties, where people could sit and yachts could come in? That would enhance the entire area."

Detailed architectural and engineering drawings, including drainage systems in Black River, St Elizabeth, have already been done to complement about eight projects for the parish capital under the proposed but long-awaited 'Operation 500,000', which was designed to increase visitor arrivals to the south coast.

"All of that is sitting down at TPDCo to be accessed by the municipal councils, along with the museum sketches, the boardwalk and the other projects for Black River," lamented Anthony Freckleton, chairman of the South Coast Resort Board, during a recent Gleaner Inside the Municipal Corporations Forum held in St Elizabeth.

The ambitious proposal has earned the support of Dr Abrilene Scott, chair of the St Elizabeth Parish Development Committee, who is quite anxious to see the project implemented.

"I think we have done enough planning as a parish. I think the parish must now move into implementation mode," said Scott. "One point nine seven billion dollars sounds like a huge amount, but when it is broken down for the respective projects, there is a breakdown of each attraction area and how much funds are required. If we take a phased approach, one project at a time, we can eventually get there."

Scott added, "We have engaged the Inter-American Institute for Cooperation in Agriculture, we are moving to develop a strategy, community-based tourism within the parish of St Elizabeth, and branding St Elizabeth as a destination for heritage, eco- and agro-tourism, which is different from the sun, sand and sea you get on the north coast."