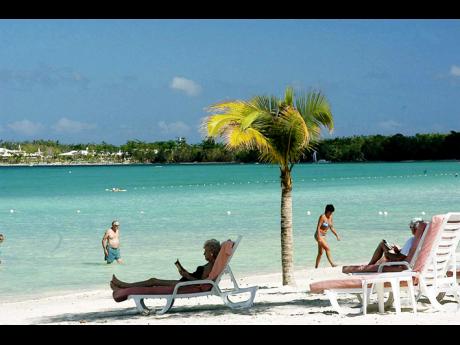 File
Visitors to Jamaica enjoying the beach in Negril. 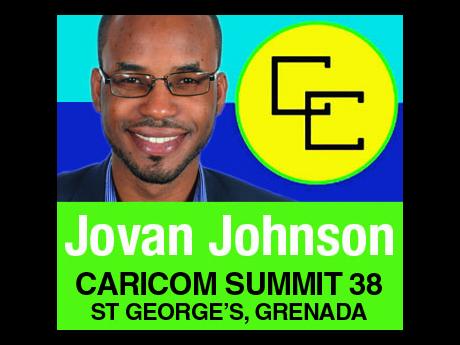 The beach in Grenada's famous town of Grand Anse is free to locals to mix with tourists, and Fyah was shocked to learn that in other parts of the Caribbean, like Jamaica, government allows for the privatisation of beaches.

Fyah, who would only give his first name as Zimi, said "not so" in the 'Spice Isle', where CARICOM leaders are meeting to reduce some of the wrinkles in the 44-year-old regional integration movement. The Grand Anse declaration in 1989 led to the establishment of the CARICOM Single Market and Economy that is to facilitate the movement of goods and services across participating states.

The 38th Regular Meeting of the Conference of Heads of Government of CARICOM is being held at the Radisson Grenada Beach Resort, which only uses a low white-painted picket fence to separate the property from its share of the two-mile long beach that runs along the island's south coast.

"To me that is slavery," said Fyah of the privatisation of beaches elsewhere as he paused from his stroll, the sounds of Sizzla's 'Praise Ye Jah' straining from his phone'. "Jah world is not for any and any person, it's a free world. That whole thing is corruption and for money. Beaches could have been like that in Grenada but there's too much love in the people."

He added, "Free up the beaches and let the people go on any of the beach they want and let them relax. Tourist can come and enjoy it. But those who are coming and enjoying were the same ones who bombed us in 1983. They shoot up this same beach, and they coming here. Should they have a right to come back in the beach? No, but because there's love on the island."

On October 25, 1983, United States (US), with help from some Caribbean nations, invaded Grenada for anti-communist offensives. The invasion order from then US president, Ronald Reagan, followed a coup by Cuban-trained military who executed Prime Minister Maurice Bishop, and at least 13 of his associates.

... Beauty of the Caribbean

Sheila Cox, 45, was not too strident but nonetheless surprised that countries of the region heavily dependent on tourism have privatisation policies of their beaches.

"Beach is a natural resource and it's what makes the Caribbean islands what they are. I don't think that we should or anybody should be blocked from using the natural resources of the islands they were born in," said the Carriacou-born Grenadian, who is now a resident of the US for over three decades.

Caribbean leaders are now meeting in Grenada at the 38th Regular Meeting of the Conference of Heads of Government of CARICOM.

Years ago Cox visited Jamaica and stayed at one of the country's leading all-inclusive hotels. "I realised that there were no locals on the beach and I think that's wrong. It's a natural resource, you're born in that country, why can't you participate in it?"

The arguments about the ownership of beaches stretches back centuries. In the Caribbean, one view is that privatisation assures earning stability given the dependency on tourism. Another side insists on the public trust doctrine and the common ownership of the shores.

For Cox, beaches are "the beauty of the Caribbean" and people should have "full rights to them".