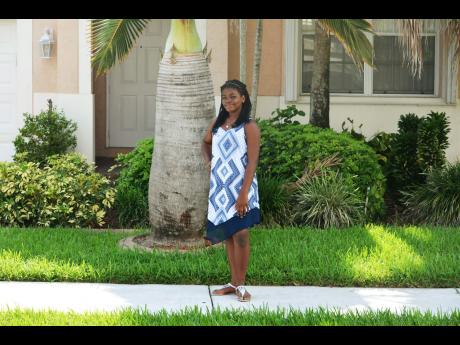 "My older brother, Ashaan Facey, attends Ardenne High, and he got eight ones last year in CSEC, so I want to follow his example," the Stella Maris Preparatory, St Andrew, graduate told The Gleaner yesterday during an overseas call, while admitting to being at a loss for words when news came of the honours.

"Grade six was a whole new world with a lot more work, but it was manageable. My mother did all the screaming for me as I was in disbelief at first. I'm very proud of myself as Campion is one of, if not the top school in Jamaica, with many extracurricular activities like swimming, which I did throughout prep school, with tennis and netball being other options."

Zorian's schoolmate and close friend, Jada Grey, also got perfect scores to tie for the top performing girl position. She, too, takes her place at Campion in September.

The young lady credits her feat to the "exceptional teaching" at Stella Maris Preparatory, her home away from home for the past eight years.

"I've been attending since K1. We're one big school family. There's really no competition among the students as the teachers encourage each of us and really aided in our individual preparations for the exams. Jada has been with me since grade two, so it's a great feeling to share the same accomplishment with my good friend of many years. She's very humble, kind, and always looking out for persons," Zorian shared.

The financial analyst aspirant and youngest of five siblings added that her tight-knit family greatly complemented her efforts by providing constant encouragement and practical aid where needed.

Zorian was privy to the teachings of her older sister, Ziann Facey, who earned a place at Immaculate Conception High last year, having excelled in the same grade six class.

... 'Operation Nanny' was the family blueprint

During an overseas call with The Gleaner yesterday, Tanisha Facey outlined the family blueprint for excellence that was key to her daughter Zorian Facey being named the top performing girl in the Grade Six Achievement Test (GSAT), an honour she shared with friend and classmate Jada Grey.

Facey said: "My husband, her father, code-named it 'Operation Nanny', which was basically the mission to get five 100s in GSAT. Generally, she does well, and we knew she had it, but you're always aware that some nuisances may come up. Her father is very passionate about education, not just with his own, but all round, as he teaches maths at our church on a Sunday for free. He epitomises what a good father is."

In reflecting on his daughter's success, Sane Facey stated that equal to the task was God and her mother.

"We are also very grateful for the excellent schooling she has had to this point in her life. Both parents are needed to optimise the child's potential, be it academics or otherwise," said the proud dad.

In thanking her family and friends for years of support, Zorian is optimistic of continued Stella Maris dominance at Campion along with meeting new friends.

"I dedicate this achievement to them. I thank everyone who has been praying for me because God comes first in all things. My best friend, Gabriel Benjamin, and 13 others are going to Campion, and I expect us to do exceptionally well in first form and thereafter as we go for our goals," a delighted Zorian stated.