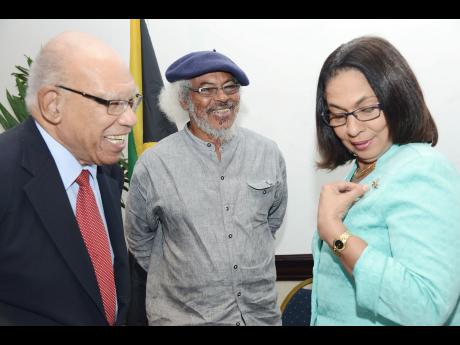 Repositioning of the Ministry of Labour and Social Security for it to be better able to manage the challenges of the job market, as well as to play a more vital role in the economic growth and development of Jamaica, is a key recommendation coming out of the just-ended Labour Market Reform Commission, noted Dr Michael Witter.

"Almost all the recommendations require the repositioning of the Ministry of Labour and Social Security. We need to see it as a service ministry rather than a last resort when there is a problem," Witter told The Gleaner at the commission's end-of-project function at The Jamaica Pegasus hotel in New Kingston yesterday.

He said that upgrading the quality of the labour force would help to stimulate investment in Jamaica and that it would ultimately generate resources.

"Also important is the need to ensure wider coverage of people who have passed the working age because the benefits of the National Insurance Scheme (NIS) are just inadequate for people who are working," stated Witter.

Meanwhile, Minister of Labour and Social Security Shahine Robinson said that the reforms will fall squarely in line with the Government's medium-term economic goals and will form key elements to Jamaica's sustainable goals.

She noted that any reorganisation that positions human resources efficiently and effectively to produce goods and services competitively must be welcomed and embraced.

"This is the essence of the reform we are pursuing - efficiency, equity, growth, social justice, full and satisfying employment and optimum production and productivity," she stated.

"These reforms are also well placed in the Government's current medium-term economic framework and are in keeping with the International Labour Organization's 'Decent Work Agenda', which we promote."

The commission into labour reform began with the former administration and was established in April 2015.

The main task of the Labour Market Reform Commission was to oversee the review of existing policies and practices with respect to the five thematic areas of the labour market and to make recommendations for their updating or revision in order to achieve modernisation of the labour market and enhancement of the competitiveness of the Jamaican economy.

The five thematic areas are:

The 19-member commission also sought to address threats posed by a strong international competition for highly skilled labour, trade liberalisation, increased application of technology and the use of low-skilled low-wage labour.