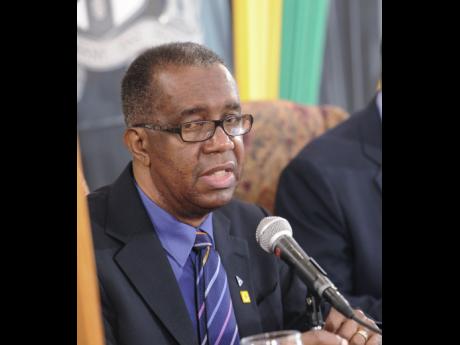 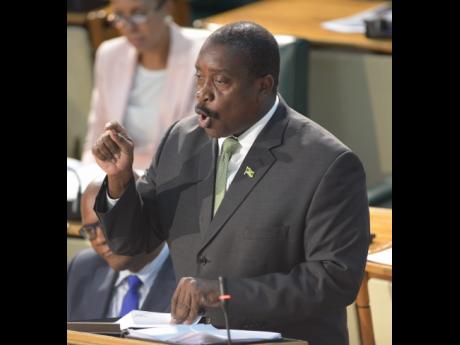 Vice-chairman of the National Road Safety Council, Dr Lucien Jones, has said the new Road Traffic Act should be introduced at the same time the proposed traffic ticket amnesty is being implemented, to deter motorists from flagrantly breaking the law and paying the fines without attracting demerit points.

"I can't see one working without the other, because if you take all these people and they pay for their tickets and they go back and break the law again, it is very difficult to carry through the law in terms of suspending people's licences," Jones said in a Gleaner interview.

Jones' comments came against the background of a bill that was passed yesterday by the House of Representatives to introduce an amnesty for delinquent motorists to clear billions of dollars in traffic tickets.

Opposition Spokesman on Transport Mikael Phillips expressed disappointment that the Government has not passed the Road Traffic Act, despite starting debate on the issue about five months ago.

Transport Minister Mike Henry said the Office of the Chief Parliamentary Counsel is still working on changes to the Road Traffic Act and the bill is expected to be passed by the end of the month.

According to Jones, within the Road Traffic Act, there is a provision for the Island Traffic Authority to be designated as a body that can automatically suspend a driver's licence if he exceeds the maximum demerit points.

"There is no point in you accumulating tickets if your licence is not suspended. I think for the thing to make sense, you would have to pass the Road Traffic Act very quickly," he emphasised.

He said the amnesty law is intended to enhance revenue administration and collection; afford persons an opportunity to clear their driving record before the enactment of the new Road Traffic Act; improve the efficiency of the courts; and reduce the number of cases.

Montague told his parliamentary colleagues that the Government would provide additional cashier stations and security personnel to manage the large influx of motorists on peak days during the amnesty at Tax Administration Jamaica.

Relevant laws will be suspended to prevent the police from issuing warrants for the arrest of traffic ticket holders.

"Motorists who receive tickets during the period of the amnesty will also enjoy a waiver of penalties outside of the fines (no points against their drivers' licences) so long as the payment is made within the amnesty period," Montague added.

He warned that motorists who did not use the amnesty to clear outstanding tickets would be vigorously pursued "by the strong arm of the law after the amnesty period is concluded".

Jones said that during the last amnesty in 2011, motor vehicle accidents fell considerably. He also indicated that the Government collected significant sums from the amnesty six years ago.