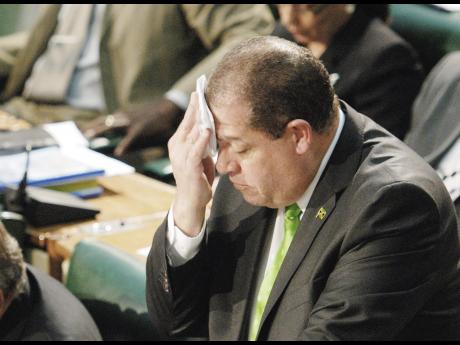 Prime Minister Andrew Holness has ordered an audit of the cell phone bills of government ministers and state ministers following a Television Jamaica (TVJ) revelation that in one year, Minister of Finance and the Public Service Audley Shaw racked up more than $8 million in charges.

According to the TVJ report obtained through the Access to Information Act, from February 2016 to March this year, Shaw incurred $8.34 million in cell phone bills.

Shaw has explained that the bulk of the charges were incurred in data roaming fees, and that he was not aware they were being generated.

Nationwide Radio yesterday quoted Shaw as saying he has since paid $2 million in personal charges and has negotiated with the cellular phone provider for a $1-million discount.

Meanwhile, in a statement yesterday, the prime minister reportedly described the issue of high communication costs and phone bills as unacceptable and has urged Cabinet ministers to take responsibility to clear their cell phone bills.

Holness made the comment during a meeting of Cabinet ministers ahead of the parliamentary session.

The prime minister has directed the Ministry of Finance to review and report on the respective policies for the provision of communication services, including cell phones, operating in the various ministries.

In the interim, Holness has directed that cellular phone expenses be capped.

The Ministry of Finance has been tasked to advise the prime minister, within a week, on the appropriate amount for the cap to be paid by each ministry for the minister's cellular phone bills.

"Any amount exceeding the cap should, therefore, be the responsibility of the respective ministers unless otherwise approved by the permanent secretary," the spokesperson said.

In the meantime, the minister of science, energy and technology has been mandated to enter into discussions with telecommunications providers to devise standard cell phone call time and data packages for government ministers.