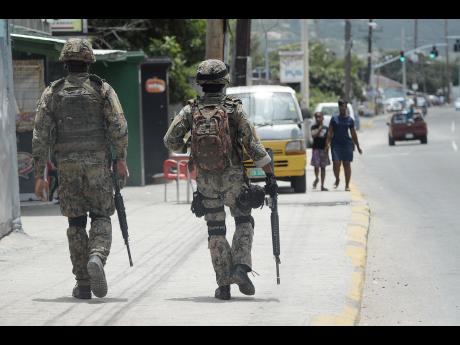 The House of Representatives yesterday approved amendments to the Zones of Special Operations Bill, which was passed by the Senate on Friday with 13 amendments.

It is anticipated that in a matter of days, the governor general will affix his signature to the bill, which would then be gazetted, paving the way for the Andrew Holness administration to implement the law aimed at clamping down on rampant criminality.

The legislation represents the latest response from the Government to quell the spiralling murder rate which has left many Jamaicans cowering in fear.

The memorandum of objects and reasons of the bill blames the high crime rate in Jamaica on a combination of factors such as "gang warfare, escalating violence and murder, and the threat to the rule of law and public order".

It continued, "This act should not have the negative impact on Jamaica which could likely occur if a declaration of a state of public emergency was made."

According to the memorandum of objects and reasons, the bill seeks to balance the need for security and giving the members of the Jamaica Constabulary Force and the Jamaica Defence Force certain essential powers that are required to address serious crimes, on the one hand, and upholding the rule of law and protecting the fundamental rights and freedoms of citizens, on the other hand.