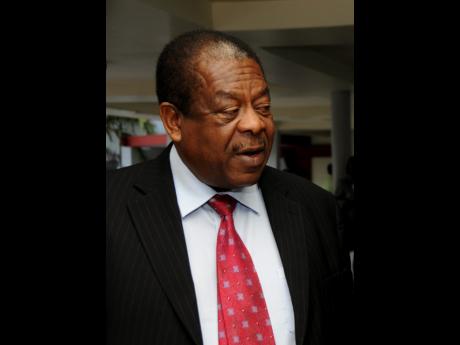 Amid a chilling double-digit spike in murders since the start of the year, the president of the Caribbean Court of Justice (CCJ), Sir Dennis Byron, is calling on citizens to engage in mediation and dispute resolution to settle their differences, instead of resorting to violence.

Speaking at a Rotary Club of St Andrew Installation Banquet at The Jamaica Pegasus hotel in New Kingston on Monday, Byron argued that a positive outcome from a session of mediation sometimes has a greater societal impact and could "help to reduce crime and improve the quality of life".

He lamented how the society has become crippled with callous behaviour, especially against children, women, and the elderly.

"It is very important to the community to develop mechanisms for mediation and reconciliation in the resolution of disputes," he said, noting that some citizens are not equipped with the skills required to resolve disputes among themselves peacefully.

The CCJ president pointed out that rather than having a winner and a loser, as is often the case in a court battle, mediation allows for parties to come to a common ground, where no one will feel like the loser.

"It should be obvious that when disputes are resolved by agreements, whether directly or by the help of a third party - a mediator or a conciliator - rather than proceeding to an adversarial hearing in court for a formal winner-or-loser judicial decision, there would be obvious advantages in terms of the satisfaction of the parties who reach an agreement," he noted.

Byron further contended that out-of-court settlements would likely result in the parties having a better relationship going forward, moving on from disagreements or points of contention.

While he called for the citizenry to assume individual responsibility for solving social issues, he was careful to note, however, that arms of the Government, including the judiciary, were not to be absolved of their responsibility.

"We can solve many of the problems that we face. Taking the preventative approach is the business of all of us," Byron said.

The CCJ president added that more must be invested in conflict resolution, education and peace-building skills and be woven into school curriculum and community programmes to help in the fight against crime and violence.