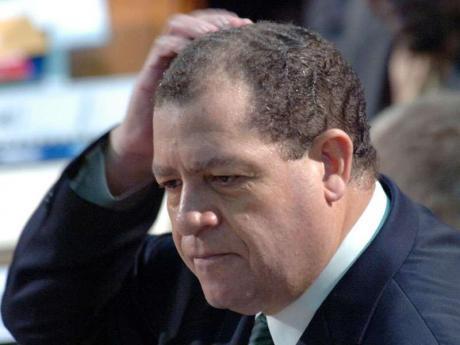 Shaw has claimed that the phone bill resulted from expensive data roaming charges incurred while on overseas trips.

Finance Minister Audley Shaw is facing fresh criticisms over revelations that he negotiated a discount with a telecoms provider for the $8.34 million mobile phone bill he incurred between March last year and February 2017.

White says Shaw in his current position will most likely have to adjudicate over matters relating to the telecoms provider.

He says any decision that Shaw will have to make in relation to the company is likely to be viewed with suspicion given that the entity granted him a personal favour when it gave him the $1 million discount on his phone bill.

It was revealed on Monday by Television Jamaica that Shaw's mobile phone bill between March last year and February this year was $8.34 million.

In response, the finance minister claimed the large bill resulted from expensive data roaming charges incurred while on overseas trips.

Describing the bill as exorbitant, Prime Minister Andrew Holness on Tuesday ordered an audit into the phone bills of all government ministers and state ministers.

The Prime Minister also instructed that a cap be placed on the mobile bills for all government officials and that amounts over the cap will have to be repaid by the respective state representative.

NOTE: An earlier version of this story had identified Digicel as Shaw's cellular service povider. However, Digicel has since clarified that it is not the service provider with whom the finance minister negotiated a discount on his cellphone bill.
The Gleaner/Power 106 News Centre regrets the error.